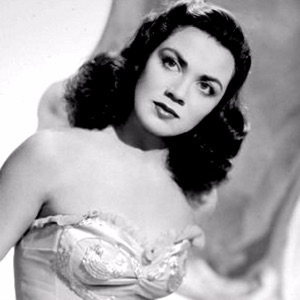 CIUDAD NATAL
Philadelphia, PA
NACIMIENTO
25 de mayo de 1922
Acerca de Kitty Kallen
Kitty Kallen was a band singer, and later a soloist, who lit up bandstands with a handful of top leaders during the '40s. She's remembered for three reasons: big-band fans know that she was the one who replaced Helen O'Connell in the Jimmy Dorsey Orchestra in 1943, also that she sang the vocal chorus on a pair of Harry James hits, "I'm Beginning to See the Light" and "It's Been a Long, Long Time," and virtually everyone with a radio in 1954 knew that she recorded the year's most popular song, "Little Things Mean a Lot." Her career lasted more than 20 years, but it was sporadic at best, with the major successes listed above virtually the only popularity she achieved.nnBorn in Philadelphia in 1922, she was a gifted mimic who won talent shows and also appeared on children's radio shows by the mid-'30s. Kallen was still a teenager when she began singing with bands (including Jan Savitt and Artie Shaw), and she earned her first full-time role in 1940 with Jack Teagarden's Orchestra. Two years later, she joined Tommy Dorsey, and appeared on several hits, including "Besame Mucho" and "Star Eyes" (plus a 1943 film, I Dood It). One year later, she had jumped ship again, this time to the Harry James band, where she struck gold again with a pair of dreamy Hit Parade toppers, "I'm Beginning to See the Light" and "It's Been a Long, Long Time." Two additional hits followed -- "I Guess I'll Hang My Tears Out to Dry" and "I'll Buy That Dream" -- both of which were in the same mold as her previous features.nnAfter the end of World War II, during the late '40s, Kallen sang on several radio programs, appeared as a solo act in clubs nationwide, and recorded for labels including Musicraft and Signature. Nothing clicked in a big way until 1953, when a contract with Decca paid dividends with a pair of million-sellers, "Little Things Mean a Lot" (her signature song) and "In the Chapel in the Moonlight." Kallen proved popular on television, although by the mid-'50s, she began to be swept aside by rock-oriented pop music. She made brief comebacks in 1959 with Columbia and 1962 with RCA, but 1963 was the last year for her on the pop charts, with "My Coloring Book." ~ John Bush 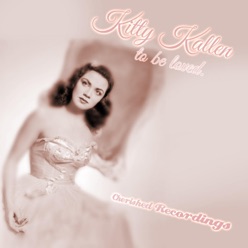 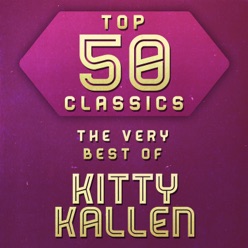 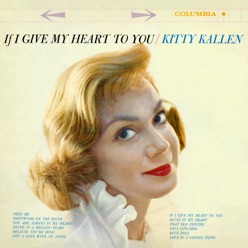