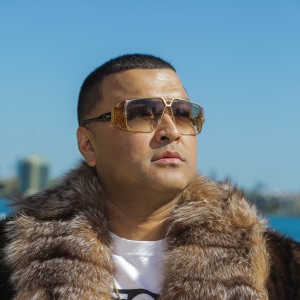 CIUDAD NATAL
Tokyo, Japan
NACIMIENTO
1972
Acerca de Lyrics Born
The first artist to release an EP on San Francisco's Soleside Records, Lyrics Born went under the original moniker Asia Born on 1993's Send Them before changing it three years later on his collaborations with labelmate Lateef. After being featured on Lateef's "The Wreckoning" b/w "Latyrx" single, Lyrics put out his own 12", "Balcony Beach" b/w "Burnt Pride," in October of 1996 before jumping in the studio again with Lateef and DJ Shadow as Latyrx for The Album in 1997. He began working on a solo album the following year, though it spent five years in the workshop before appearing on Quannum as Later That Day... The success of his debut prompted LB to release a modified version of it, Same !@#$ Different Day, which contained new material as well as remixes of older songs, and in 2006, after an extensive world tour, the MC issued Overnite Encore: Lyrics Born Live! The majority of the record was taken from two 2005 performances in Australia, but also included new studio tracks. Near-constant touring helped solidy LB as one of alternative hip-hop's most distinctive players, and in April 2008, signed to Anti-, Lyrics Born released Everywhere at Once, which featured members of his live funk band as well as production work from Jake One, among others. Lyrics Born returned in 2010 with the album As U Were which featured guest appearances from an eclectic mix of artists including singer-songwriter Sam Sparro, drummer Stanton Moore and alt-rock band Francis and the Lights among others. ~ Mike DaRonco