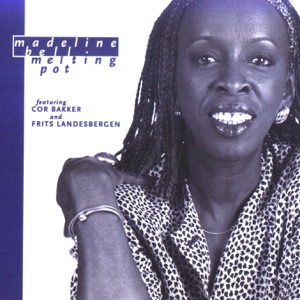 CIUDAD NATAL
Newark, NJ
NACIMIENTO
23 de julio de 1942
Acerca de Madeline Bell
Madeline Bell was born July 23, 1942, in Newark, NJ, and was strongly influenced by her grandmother, who had been a singer. Bell was raised by her grandmother after her parents divorced. Showing a bent toward creative arts, Bell first took piano lessons at 50 cents a pop, but couldn't master the complexities of the keyboard. Next, her grandmother paid for dancing lessons and discovered Madeline would never be confused with Ginger Rogers or Josephine Baker, so the lessons stopped. By the fifth grade, Bell found her calling -- singing -- and she regularly appeared in school shows. At age 11, she pantomimed "Santa Baby," a tune popularized by Eartha Kitt. Bell regularly attended church and sang in the choir. She later joined a group called Four Jacks u0026 a Jill, who sung on street corners. Madeline Bell was the Jill. At 16, she joined the Glovertones, a gospel group, who sang gospel on weekends, often traveling hundreds of miles in an old dilapidated station wagon, to gigs that paid five dollars a member. The station wagon often broke down and many times Bell showed up for work (in a supermarket as a meat wrapper) on Monday mornings both frustrated and dead tired. Luckily, she had an understanding boss, and besides, she could wrap 75 chickens in an hour, which easily made her the fastest chicken wrapper in the house. Her productivity was helped by the Ru0026B music coming from the radio her boss graciously let her play while working.nn Her first big break occurred when she met Alex Bradford around 1961 and was invited to join his group after successfully passing an audition. She stayed with Bradford for two years, criss-crossing the United States, playing in too many cities to mention. At the time, Bradford was considered one of the top male gospel vocalists. Toward the end of Bell's first year with the Bradford Singers, they were asked to appear in Black Nativity, a traveling musical that toured all over America and Europe. It was in Britain that she befriended the late Dusty Springfield and performed on many of her background sessions. She also worked in the studio behind Kiki Dee, Doris Troy, Joe Brown, Lesley Duncan, and Kenny Lynch, to name a few. By that time, she had left the Bradford Singers and settled in England. In 1968, six years after settling in England, a bigshot at the United Kingdoms' Philips Records heard her working in a studio and offered a contract. She first released "I'm Gonna Make You Love Me," which had previously been recorded by Dee Dee Warwick, Dionne's sister and a fellow native of Newark. Phillips initially released the record in the States on their Mod label, then switched it to Philips when it began to catch fire. It eventually went to number 26 in the United States. A year later she joined Blue Mink, Roger Cook's group, and stayed for four years, scoring on "Melting Pot" (number three, U.K.), and "Our World" (which climbed to number 64 in the States in 1970). Other sides did well in England, "Randy" (number nine), "Banner Man" (number three), and "Stay With Me" (number 11).nnLeaving Blue Mink, she returned to both the lucrative world of session singing and soloing in the Netherlands. Bell made a name for herself by contributing with Tom Parker on some CD productions that were popular arrangements of classical compositions. The discs sold quite well. She appeared in the London stage production, Space, hitting the charts again at number 60 with "My Love Is Music," on which she was the featured vocalist. She also toured with the Swingmates throughout the Netherlands and had a leading part in A Night at the Cotton Club. With the Swingmates, she recorded a CD, Have You Met Miss Bell. Still singing, she appears in England clubs like Ronnie Scott's Jazz Club with her group Madeline Bell u0026 her Musicians. She visits the States occasionally, but England has been home to the Jerseyite since 1962. ~ Andrew Hamilton