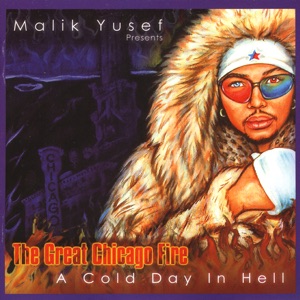 CIUDAD NATAL
Chicago, IL
Acerca de Malik Yusef
Southside Chicago poet turned rapper Malik Yusef (aka the Wordsmyth) started honing his craft in the mid-'90s with appearances at open-mike nights. While he was performing a spoken word set, director Ted Witcher was in the audience looking for inspiration for his next movie about urban poetry. Impressed by Yusef's loose but powerful free-form style, he hired him as a coach for Lorenz Tate in 1997's Love Jones. This opened some doors in Hollywood, leading to appearances on BET's Rap City and HBO's Russell Simmons Presents Def Poetry TV shows, where he performed "I Spit...." Major corporations started taking notice, too, and he was invited to appear on some promotional compilations by Nike, ASCAP, Sprite, and Coca-Cola. Branching into the rap world was a natural progression, and he was featured on Channel Live's Armaghetto and Common's One Day It'll All Make Sense albums. Ru0026B singer Carl Thomas also featured Yusef on his debut album, Emotional, and this led to a tour together. While on the road, he met jazz saxophonist Mike Phillips from Hidden Beach and the two paired up in 2002 to make a spoken word jazz song titled "This Is Not a Game," which was selected to appear on a CD-ROM included with pairs of Michael Jordan's 17 shoes. Jordan explained in ad campaigns that the shoes had a sleek design, "inspired by the smooth lines of a jazz solo." Moving back to rap, in 2003, Yusef released his debut solo album, The Great Chicago Fire -- A Cold Day in Hell, which featured a long list of production credits and guest appearances that included Kanye West, Xtreme, Chantay Savage, Common, and Bigg Nastee, among others. ~ Jason Lymangrover