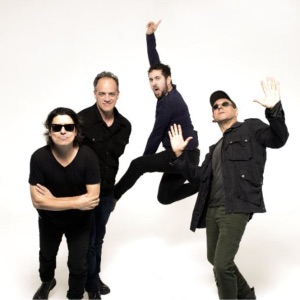 ORIGEN
Brazil
FORMACIÓN
1980
Acerca de Barão Vermelho
The first Brazilian rock band, Barão Vermelho deserves the title because while Blitz was the first to make success in the style concocted in the '80s in Brazil, Blitz was a pop band with pinches of rock, while Barão Vermelho had a visceral rock approach from the beginning. Barão Vermelho began as a school friends' experiment. Maurício Augusto Carvalho de Barros (keyboard) and Flávio Augusto Goffi Marquezini (drummer) used to play Led Zeppelin and the Rolling Stones covers at Barros' father's garage around 1980. Guitarist Roberto Frejat joined the duo soon before bassist André Palmeira Cunha (Dé). As they needed a vocalist, they tried the novice Leo Jayme, who was after a lighter pop band, nominating Agenor Miranda Araújo Neto for the position. As Cazuza, the new singer/composer would propel Barão Vermelho's performances and depart for a successful solo career. His being son of the artistic director for a major label (Som Livre) helped a lot in that. Joining forces with Frejat, the duo wrote almost all of their material, which was presented in a show at the Morro da Urca, opening for the funk artist Sandra Sá (now Sandra de Sá). The show was a fiasco, but the demo tape used to show the repertory was heard by the rock critic Ezequiel Neves, who loved the sound. Neves persuaded Som Livre producer Guto Graça Mello, and they recorded the first LP by Barão Vermelho (the name taken from a Peanuts comic), Barão Vermelho. Released in September, 1982, the album didn't gain the public's interest. Barão Vermelho 2 (1983) also didn't sell, but then the group drew the attention of two important MPB artists: Caetano Veloso, who sang "Todo Amor Que Houver Nessa Vida" (Cazuza/Frejat, from the first album), and Ney Matogrosso, who recorded "Pro Dia Nascer Feliz" (Cazuza/Frejat, from the second album), scoring a hit with it. Immediately the label recorded a single with the band performing the song, which had an even bigger success. In the following year, the film Bete Balanço (Lael Rodrigues) included the theme song written by Cazuza/Frejat and performed by the band, which also appeared in that film. A typical youth movie, it hit the target, attracting 1.4 million spectators. It prepared the setting for the mainstream appropriation of Brazilian rock in its first visceral edition. Maior Abandonado was the biggest success of the band, including the title track and "Bete Balanço." The popularity of the film and the band could be seen during the Festival Bete Balanço de Rock, where Lobão u0026 Os Ronaldos, Celso Blues Boy, Titãs, Brylho, and Metralhatxeca, along with the Barão, performed the film's soundtrack live. In January, 1985, the Barão performed twice in the historic first edition of the Rock in Rio festival. In late July, Cazuza departed for his solo career, tired of sharing. With the forthcoming fourth album cancelled by the defection, Frejat took the vocalist position, recording "Torre de Babel" for a TV Globo special. The song, scoring a hit, opened the way for the Declare Guerra (Som Livre, 1986) album which had a collaboration with Cazuza in "Um Dia Na Vida," "Maioridade," and "Que o Deus Venha." With bad distribution, the album didn't take off and precipitated the departure of the band to a new label, WEA, where they recorded the lighter Rock'n Geral (1987). In February 1988, Maurício Barros left the band, and guitarist Fernando Magalhães and percussionist Peninha (Paulo Pizziali) joined the group, recording Carnaval, a return to hard rock. The hit of the album was "Pense e Dance." On the album tour, in June 1989, the live album Barão ao Vivo was recorded in the DamaXoc nightclub amidst massive publicity. In 1990, the group performed in the II Rock in Rio festival, when the inevitable departure of the bassist Dé was felt by the audience due to his ironic attitude. The bass in the new album Na Calada da Noite was recorded by Dadi (formerly of A Cor do Som), but the fact was only made public in May, when the album was already done -- which, maybe inadvertently did justice to the album's title. The release of the new album coincided with the death by AIDS of Cazuza, on July 7th. One of its songs, "O Poeta Está Vivo," referred to a poet being alive still. In 1996, the group scored another hit with "Malandragem, Dá Um Tempo," by the sambista Moreira da Silva. The other CDs by the band include Supermercados da Vida (1992, WEA), Carne Crua (1994, WEA), and Álbum, (1996, WEA). ~ Alvaro Neder 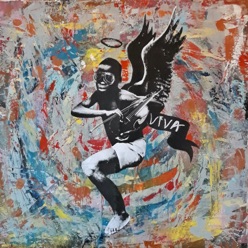 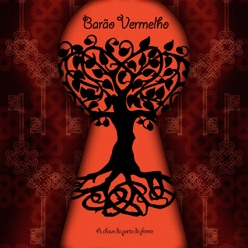 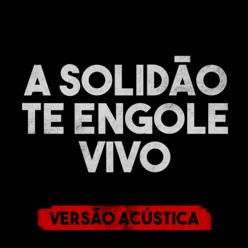