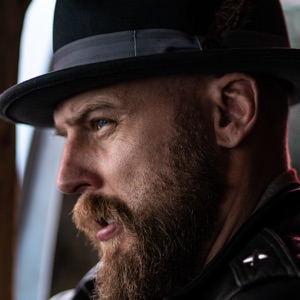 CIUDAD NATAL
Binbrook, Ontario, Canada
NACIMIENTO
1977
Acerca de Redlight King
Redlight King is the songwriting project of Mark Kasprzyk, an Ontario native whose music combines rock with hip-hop samples. Kasprzyk, or Kaz for short, began recording music as a 16 year-old, modeling his sound after a wide range of influences that included Bruce Springsteen, A Tribe Called Quest, and Nas. He also practiced judo, eventually gaining admittance into Canadas Olympic training center to ready himself for the 2000 Games. He didnt make the team, though, and returned his focus to music, resulting in an album that earned him a JUNO Best New Artist nomination in his native Canada. After struggling with substance abuse, he cleaned up and relocated to Los Angeles in 2008, where he began writing the songs that would comprise his U.S. debut, Something for the Pain. The albums centerpiece was Old Man, a song that sampled Neil Youngs 1972 classic (the first sample use granted by Young), and set it to an aggressive hip-hop beat. For his follow-up, Kaz took Redlight King's sound in a different direction, scaling back the samples and hip-hop influence in favor of a more traditional approach on 2013's Irons in the Fire. ~ Andrew Leahey