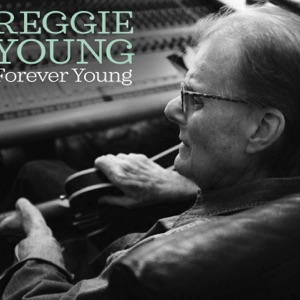 NACIMIENTO
1936
Acerca de Reggie Young
The story of Reggie Young's career is, in many ways, a miniature version of the story of Southern soul music. Raised in Memphis and influenced by the Delta blues, Young's musical education came at the hands of Dewey Phillips' Red Hot u0026 Blue radio show, where he soaked up the sounds of Ike u0026 Tina Turner and a young Elvis Presley. Like many key figures in Southern soul Young was a white kid drawn to the sound of black music and, later, his musicianship figured prominently in shaping the reputation of many southern studios including Goldwax, American, and Rick Hall's FAME studio in Muscle Shoals, Alabama. Young got his first real break as the guitarist in Eddie Bond and the Stompers when a local DJ named Sleepy Eyed John heard their music and asked the group to record a song called "Rockin' Daddy." The record became a hit on Mercury Records and, at 20-years-old, Young found himself touring alongside Johnny Cash, Carl Perkins and Roy Orbison. After the tour, Young moved to Shreveport, LA to further his career. Though he had little or no money, the Shreveport scene was strong at the time and Young befriended fellow musicians Jerry Kennedy, D.J. Fontana and Billy Sandford, all of whom would help him in the '70s when he finally made the move to Nashville.nn When Young returned to Memphis he began playing with former Elvis bassist Bill Black in the Bill Black Combo. The group had a smash instrumental hit with 1959's "Smokie," parlaying their success into a tour with the Beatles. Throughout the mid-'60s Young also did session work at Royal Studio in Memphis, FAME studios in Muscle Shoals, AL, and in New York at the Atlantic Records recording facility where he added guitar to releases by Don Covay and Solomon Burke. Young was also a member of the Goldwax Records house band, backing up stars like James Carr and O.V. Wright. It was from his association with Goldwax that led Young to become part of the house band at Chips Moman's American Studios along with Gene Chrisman on drums, Bobby Wood and Bobby Emmons on piano and Mike Leech or Tommy Cogbill on bass.nn What followed between the period of 1967-71 was an unparalleled run of 120 hit records recorded at American and primarily with the same above-mentioned musicians. The American house band cut Elvis' comeback records such as Suspicious Minds and In the Ghetto, and played with Dusty Springfield, Wilson Pickett, Neil Diamond and the Sweet Inspirations, among others. Young's guitar playing was now gracing releases by the upper echelon of the pop world and, in 1972, after being a key player in every major studio of the Southern soul world, Young moved to Nashville to join fellow FAME alumni David Briggs and Norbert Putnam at Quadrophonic Studios. From 1972 through 1979 Young played on so many sessions that he decided to charge double scale in an attempt to cut back on his studio work. Later, in an attempt to escape studio burn-out, he joined the Highwaymen (Willie Nelson, Kris Kristofferson, Johnny Cash and Waylon Jennings), touring Europe for the first time since he traveled with the Bill Black Combo back in the early '60s. Young remains one of Nashville's, indeed one of music's, finest session musicians. ~ Steve Kurutz