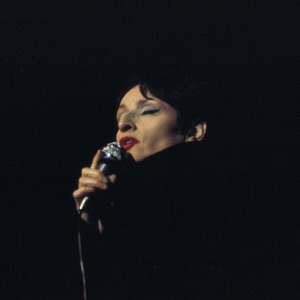 CIUDAD NATAL
Paris, France
NACIMIENTO
9 de junio de 1930
Acerca de Barbara
Although Barbara certainly didn't like the thought of it, she actually was part of the legendary club formed by her friend Jacques Brel, Georges Brassens, Léo Ferré, and Edith Piaf. A truly generous and humble woman, Barbara insisted on living up to her audience's expectations and was constantly questioning her success. As an artist, she achieved one of the most incredible communions with several generations of listeners. As a woman, Barbara contributed to major evolutions in mentalities in a mainly masculine music business. For that matter, having gained Georges Brassens' respect stands as a major feminist breakthrough in its own right. If "L'Aigle Noir" was to become the most vibrant echo to her memory, it would also sadly tend to crystallize common believes and clichés about her dark dresses and moods. When she passed away in 1997, France lost its last cabaret legend, thereby closing this illustrious chapter of its musical history. Her songbook includes many classics like "Göttingen," "Nantes," "Quand Ceux Qui Vont," "A Mourir Pour Mourir," "L'Aigle Noir," "Dis Quand Reviendras-Tu?," or "Ma Plus Belle Histoire d'Amour."nnBarbara was born Monique Andrée Serf in Paris on June 9, 1930. She lived a difficult childhood, living a complex relationship with her father and constantly moving from place to place, scars that would greatly influence her work and personality. She moved to Bruxelles as soon as possible to live and work in a cabaret under the name of Barbara Brody, after having seriously and successfully learned piano in France. Those were rough times for Barbara, who worked day and night, but eventually succeeded in her second audition at the famous Paris cabaret L'Ecluse in 1953. Settling in Paris, she kept working at L'Ecluse until she became the cabaret's main attraction in 1958, year she released her first French single, "La Chanteuse de Minuit." In 1959, she was ready to record her first LP, Barbara Chante Brassens. Brassens (not famous for his respect to womankind) didn't care too much for that newcomer but the two artists ended up getting along with time and conversation. The record was warmly received and rewarded by the Grand Prix du Disque, and in 1961 she released a second LP, Barbara Chante Jacques Brel. Brel, as it turned out, was to become a dear friend of hers. 1961 was also the year she learned about her father's death. He had gone missing for years and those were emotionally difficult times for Barbara, as told in her touching song "Nantes."nn By 1963, she was multiplying performances, slowly drifting away from L'Ecluse to Bobino over the years, and had divorced her first husband, Claude Suys. 1964 was a major step in Barbara's career. She performed for the last time at L'Ecluse in February, released her first set of original material, Barbara Chante Barbara, and opened for Brassens at Bobino at the end of the year. In 1965, Barbara Chante Barbara was rewarded by the Académie Charles Cros Award, and she began touring alongside Serge Gainsbourg. In 1967, the year her mother passed away, she released a new LP, Ma Plus Belle Histoire d'Amour (an homage to her beloved faithful audience), and all along the end of the '60s, she would go on increasingly large tours (expanding to Switzerland, Belgium, Italy, Romania, U.S.S.R., Israel, Canada, and Japan -- in the '70s) and become a major name in the French music business.nnShe settled down in Percy-sur-Marne in 1973 and kept releasing records for the rest of her career, never quite settling down artistically or relying on success, touring larger and larger through the years (her discography is full of live albums), multiplying collaborations (William Sheller, Maurice Béjart, among many) and appearing in movies (like the Jacques Brel-directed Franz), stage plays, and television (Maritie et Gilbert Carpentier, Le Grand Echiquier). In the '80s, she became a strong backup to François Mitterand (the song "Regarde" was written to celebrate his 1981 election), who would decorate her with the Légion d'Honneur after he was re-elected in 1988. In 1997, Barbara was writing her biography when she was struck by a sudden pulmonary infection. On November 24, she passed away at the American Hospital of Neuilly-sur-Seine and was laid to rest in the Jewish part of Bagneux's cemetery on the 27th. One can barely keep count of how many live shows she performed, songs she sung, rewards she received, people she met, or how much love she gave her audience. Barbara left an everlasting imprint on French popular music, forever joining the legendary songwriters club alongside Piaf, Brel, Ferré, and Brassens. ~ Olivier Duboc 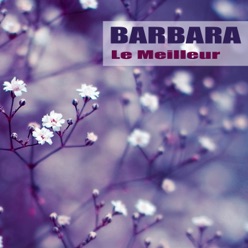 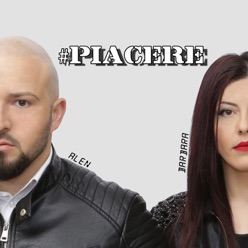 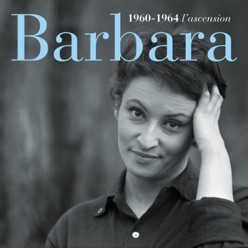