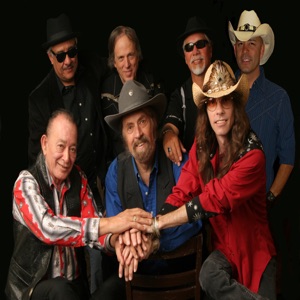 FORMACIÓN
1989
Acerca de Texas Tornados
The ultimate Tex-Mex supergroup, Texas Tornados were composed of some of the genre's most legendary figures: Doug Sahm, Augie Meyers (Sahm's bandmate in the groundbreaking Sir Douglas Quintet), Hispanic country star Freddy Fender, and accordion virtuoso Flaco Jimenez. The group's infectious, party-ready sound blended country, early rock u0026 roll, Mexican folk music, Ru0026B, blues, and whatever other roots musics crossed their paths. The Tornados first assembled in 1989 at a concert in San Francisco, billing themselves as the Tex-Mex Revue. They enjoyed the collaboration so much they decided to stick with it and generated far more publicity together than they would have solo; Jimenez had released several acclaimed albums by that point, but Sahm had recorded only sporadically during the '80s, and Fender hardly at all. Their self-titled debut album was released on Reprise in 1990 -- in both English and Spanish versions -- to rapturous reviews and also sold pretty well, reaching number 25 on the country charts. The group toured extensively behind it and issued the Grammy-nominated follow-up album Zone of Our Own in 1991, again to hugely positive reviews. By the time of 1992's Hangin' on by a Thread, the group's primary audience was Latino, and Jimenez accordingly took more and more of the spotlight. After more touring, the group went their separate ways to concentrate on other projects and work on new material; most notably, Sahm and Meyers formed a new version of the Sir Douglas Quintet. In the meantime, Reprise issued a compilation, The Best of Texas Tornados. The Tornados reconvened in 1996 for the album 4 Aces, which didn't attract quite as much attention or acclaim as their previous work. The group's late-1998 concert at Antone's in Austin was recorded and released the following summer as Live From the Limo, Vol. 1; unfortunately, it would prove to be the only volume, as Sahm died of a heart attack in late 1999. ~ Steve Huey 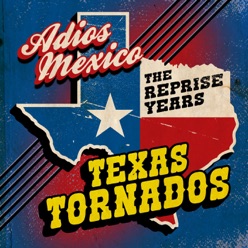 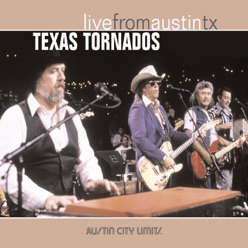 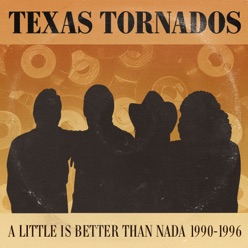