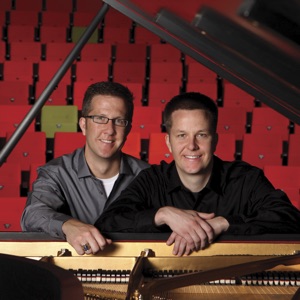 ORIGEN
Minnesota
FORMACIÓN
1997
Acerca de The O'Neill Brothers
Tim and Ryan, the two youngest children in the O'Neill family, each began playing the piano at five, the same age that all five children started learning. They continued with the instrument throughout their youth, occasionally performing duets, but when they both attended Notre Dame, they began playing together more frequently. During the year that Tim spent studying in Europe, he sent recordings of his music back home to his mother in Minnesota, who then distributed them to family and friends. When Tim returned to the U.S., he decided to commit himself to composing, recording, and selling his own music. In 1997 he teamed with Ryan to officially form the O'Neill Brothers, starting their own label, Shamrock-n-Roll, at the same time. Their music, much of which is made specifically for weddings -- though they have also recorded holiday (Coming Home: An O'Neill Brothers Christmas), patriotic (Celebrate America), traditional (Irish Collection), and sentimental music (P.S. I Love You) -- has also appeared on major network television shows as well as QVC, where the brothers were performing as they sold their millionth album. ~ Marisa Brown