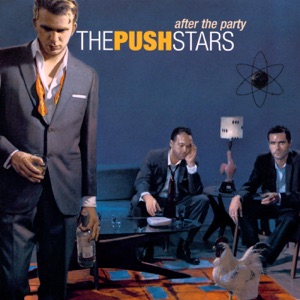 ORIGEN
Boston, MA
FORMACIÓN
1996
Acerca de The Push Stars
Boston alternative popsters the Push Stars are led by songwriter/vocalist/guitarist Chris Trapper, with bassist/keyboardist Dan McLoughlin and drummer Ryan MacMillan rounding out the lineup. The band debuted in 1996 with an album for the now-defunct Imago label, Meet Me at the Fair; from there, they self-released the 1997 EP Tonight and landed a spot on the soundtrack for the popular romantic comedy There's Something About Mary with the song "Everything Shines." As the buzz grew on the band, Capitol signed them up, issuing their major-label debut album After the Party in 1999. Opening Time followed in spring 2001. As each member of the band approached 30, the Push Stars took complete creative control. They signed to the San Francisco imprint 33rd Street and joined producer/engineer Greg Collins (No Doubt, Matchbox Twenty, Jewel in spring 2003 to begin recording The Push Stars' fourth album. Matchbox Twenty's Rob Thomas heard the band's work in progress and was so impressed with it, he brought the Push Stars on the road for Matchbox Twenty's fall tour of North America. In March 2004, the band released Paint The Town. ~ Steve Huey