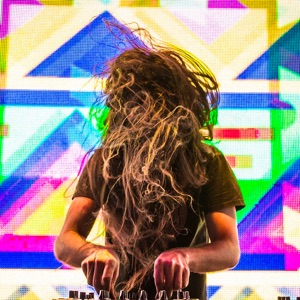 CIUDAD NATAL
Santa Cruz, CA
NACIMIENTO
16 de febrero de 1978
Acerca de Bassnectar
A long-standing and influential figure in California's electronic music community, DJ, producer, and remixer Bassnectar delivers a heavy, physical blend of aggressive electronic, embracing elements of extreme bass, dubstep, breakbeat, and other IDM styles, as well as shifting tempos and contrasting dynamics that go from gentle to bruising and back during the course of a set. Known for high-energy live shows, he debuted in the early 2000s and made his first appearance on the U.S. charts in 2009 with his fifth album, Cozza Frenzy. From there, a string of dance-chart-topping albums followed, including 2014's Noise vs. Beauty, his first number one. Additionally, a significant amount of Bassnectar's music also has a strong activist streak, which he uses to promote social and political causes, as well as to foster a sense of community.nnBorn Lorin Ashton in Santa Cruz in 1978, he was raised in a bohemian environment and claims to have been introduced to the power of bass by the rumbling of a minor earthquake he experienced as a child. As a teenager, he was exposed to world music by an uncle who brought him a set of hand drums and recordings of African and Latin music; at the same time, the youngster had become a serious thrash metal fan, and was also interested in grunge (particularly Nirvana) and hardcore rap (especially N.W.A..). Ashton taught himself to play guitar and formed an extreme metal band, becoming a fixture on the local grindcore scene until he attended his first rave in the fall of 1995. He was immediately won over by the sense of community in the rave scene as well as the music, and he began attending raves as often as he could, as well as helping to organize and promote events.nnIn 1996, Ashton started learning how to DJ, and coupled with his earlier experience in percussion, he recorded four-track demos with his band and studied electronic music at the University of California in Santa Cruz, soon mastering the basics of spinning and producing dance music. He started producing recordings for other acts in his spare time, and in 2001 he was invited to remix a track by Michael Franti u0026 Spearhead for a single. Later that same year, the first Bassnectar album, Freakbeat for the Beatfreaks, was released; Ashton produced and released on his own label, Amorphous Music. While his first few albums earned him a buzz on the indie electronic scene, the fourth Bassnectar album, 2004's Diverse Systems of Throb, expanded his audience and influence. After that, Bassnectar began issuing a steady stream of albums, singles, and podcasts in which he collaborated with artists including KRS-One, Ellie Goulding, Perry Farrell, Lupe Fiasco, Rye Rye, Buckethead, and Gogol Bordello, as well as producers Diplo, BT, DJ Vadim, and Rjd2. Divergent Spectrum, released in 2011, was his first album to reach the Billboard charts. One year later, Vava Voom broke into the Top 40, and his 2014 album, Noise vs. Beauty, reached number 21.nnBassnectar also became a popular live attraction, spinning up to 150 nights a year at venues ranging from clubs and warehouses to festivals such as Coachella, Bonnaroo, and Lollapalooza. He staged his first Bass Center Festival in 2010, and the events (roughly twice a year) grew in size and stature until Bass Center 8 filled Madison Square Garden in October 2014. Into the Sun was released in 2015, with the bonus-track CD Mixtape 13 added to the album's limited-edition version. The album Unlimited followed in 2016 with Rye Rye, Zion I, and the Glitch Mob as guests. The following year saw Ashton issue Reflective, a six-track EP with collaborators Dorfex Bos and G Jones. A sequel, Reflective, Pt. 2, was also released that year. Before the arrival of Reflective, Pt. 3, he joined rappers Big Boi and Killer Mike on Tom Morello's 2018 single "Rabbit's Revenge." Reflective, Pt. 4 appeared in 2019, and included the single "Dive" featuring RD. ~ Mark Deming 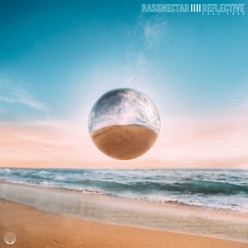 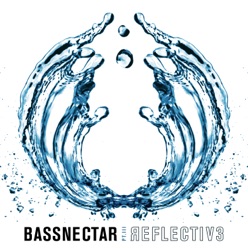 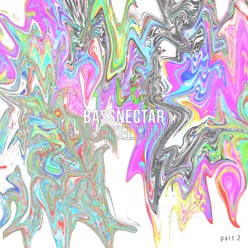