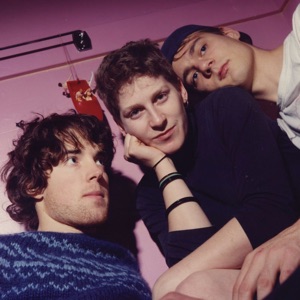 ORIGEN
Olympia, WA
FORMACIÓN
1982
Acerca de Beat Happening
Beat Happening was among the truly seminal and influential American bands of the post-punk era, a paragon of pop minimalism, rebellious innocence, and indie defiance. The linchpin of the Olympia, Washington-based International Pop Underground, they adopted a stance in direct opposition to the accepted norms at the heart of rock music; ignoring all notions of pretense, professionalism, and stardom, Beat Happening created an unorthodox, raw sound that democratically rotated vocal, guitar, and drum duties between members while jettisoning bass altogether. Dropping their last names to further emphasize their everyman approach, members Calvin (Johnson), Heather (Lewis), and Bret (Lunsford) expressed simple truths and simple emotions with simple music, favoring off-key, tuneless vocals and three-chord primitivism over slick, processed packaging; implicit in their work was also a rejection of major-label trappings, as the group steadfastly remained with K Records, Calvin's self-owned imprint and a model of D.I.Y. indie success.nn Beat Happening formed in the early '80s; Calvin, a longtime fixture of the Olympia scene who also helped establish the original Sub Pop fanzine (the basis for the subsequent label), had already founded K, originally a cassette-only project started to release music no other company would touch. An alumnus of the short-lived Cool Rays, Calvin teamed with Heather and assorted friends in the first incarnation of Beat Happening, playing shows whenever and wherever they could as long as the performances were held at all-ages venues; his canyon-deep baritone quickly became as much a group trademark as their sardonic, even juvenile songs. After Bret joined in mid-1983, Beat Happening issued their debut five-song cassette a year later; a sightseeing trip to Japan followed, and while in Tokyo, the trio recorded its second effort, 1984's Three Tea Breakfast EP. Their 1985 eponymous full-length debut, produced by the Wipers' Greg Sage, brought Beat Happening their first widespread exposure, as well as a number of comparisons to the burgeoning British twee pop scene spearheaded by the Pastels. A long layoff followed prior to the release of 1988's remarkable Jamboree, co-produced by Mark Lanegan and Gary Lee Conner of the Screaming Trees.nn The four-song joint release Beat Happening/Screaming Trees surfaced a few months later, trailed by 1989's Black Candy. With the release of 1991's Dreamy, Beat Happening's influence on the indie community became increasingly pronounced; not only did the blossoming cuddle-core movement owe the trio a huge debt, but in the summer 1991 Calvin masterminded the International Pop Underground Festival, a now-legendary concert spotlighting over 50 bands -- among them Bikini Kill, Fugazi, Scrawl, the Fastbacks, L7, and Mecca Normal -- all aligned in their opposition to corporate music. The sublime You Turn Me On followed, but apart from "Not a Care in the World," a track contributed to a 1992 Sub Pop sampler given away free to readers of Sassy magazine, Beat Happening spent much of the decade in limbo as Calvin focused on his Dub Narcotic Sound System project as well as the Halo Benders, a band founded with Built to Spill's Doug Martsch. Despite its absence from the stage and the studio, the trio maintained that it had not disbanded, and reportedly continued practicing on a monthly basis. Ten years after its last release, the band became the unlikely focus of a box set, Crashing Through. The set featured a newly recorded song, "Angel Gone," but nothing else new. In 2015, Domino Records released the career-spanning, band-selected collection Look Around, which served as a reminder to anyone who may have forgotten just how good and influential the band was. ~ Jason Ankeny 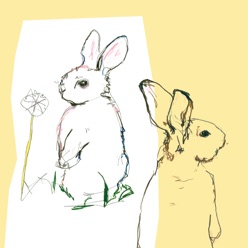 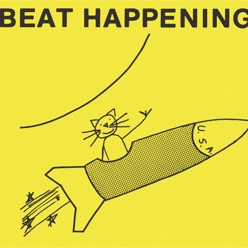 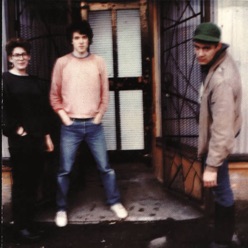