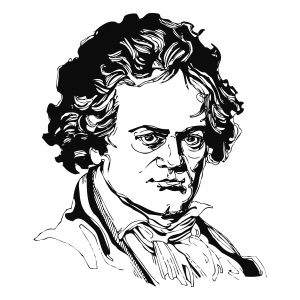 CIUDAD NATAL
Bonn, Germany
NACIMIENTO
16 de diciembre de 1770
Acerca de Ludwig van Beethoven
The events of Beethoven's life are the stuff of Romantic legend, evoking images of the solitary creator shaking his fist at Fate and finally overcoming it through a supreme effort of creative will. His compositions, which frequently pushed the boundaries of tradition and startled audiences with their originality and power, are considered by many to be the foundation of 19th century musical principals.nnBorn in the small German city of Bonn on or around December 16, 1770, he received his early training from his father and other local musicians. As a teenager, he earned some money as an assistant to his teacher, Christian Gottlob Neefe, then was granted half of his father's salary as court musician from the Electorate of Cologne in order to care for his two younger brothers as his father gave in to alcoholism. Beethoven played viola in various orchestras, becoming friends with other players such as Antoine Reicha, Nikolaus Simrock, and Franz Ries, and began taking on composition commissions. As a member of the court chapel orchestra, he was able to travel some and meet members of the nobility, one of whom, Count Ferdinand Waldstein, would become a great friend and patron to him. Beethoven moved to Vienna in 1792 to study with Haydn; despite the prickliness of their relationship, Haydn's concise humor helped form Beethoven's style. His subsequent teachers in composition were Johann Georg Albrechtsberger and Antonio Salieri. In 1794, he began his career in earnest as a pianist and composer, taking advantage whenever he could of the patronage of others. Around 1800, Beethoven began to notice his gradually encroaching deafness. His growing despondency only intensified his antisocial tendencies. However, the Symphony No. 3, "Eroica," of 1803 began a sustained period of groundbreaking creative triumph. In later years, Beethoven was plagued by personal difficulties, including a series of failed romances and a nasty custody battle over a nephew, Karl. Yet after a long period of comparative compositional inactivity lasting from about 1811 to 1817, his creative imagination triumphed once again over his troubles. Beethoven's late works, especially the last five of his 16 string quartets and the last four of his 32 piano sonatas, have an ecstatic quality in which many have found a mystical significance. Beethoven died in Vienna on March 26, 1827.nn Beethoven's epochal career is often divided into early, middle, and late periods, represented, respectively, by works based on Classic-period models, by revolutionary pieces that expanded the vocabulary of music, and by compositions written in a unique, highly personal musical language incorporating elements of contrapuntal and variation writing while approaching large-scale forms with complete freedom. Though certainly subject to debate, these divisions point to the immense depth and multifariousness of Beethoven's creative personality. Beethoven profoundly transformed every genre he touched, and the music of the 19th century seems to grow from his compositions as if from a chrysalis. A formidable pianist, he moved the piano sonata from the drawing room to the concert hall with such ambitious and virtuosic middle-period works as the "Waldstein" (No. 21) and "Appassionata" (No. 23) sonatas. His song cycle An die ferne Geliebte of 1816 set the pattern for similar cycles by all the Romantic song composers, from Schubert to Wolf. The Romantic tradition of descriptive or "program" music began with Beethoven's "Pastoral" Symphony No. 6. Even in the second half of the 19th century, Beethoven still directly inspired both conservatives (such as Brahms, who, like Beethoven, fundamentally stayed within the confines of Classical form) and radicals (such as Wagner, who viewed the Ninth Symphony as a harbinger of his own vision of a total art work, integrating vocal and instrumental music with the other arts). In many ways revolutionary, Beethoven's music remains universally appealing because of its characteristic humanism and dramatic power. ~ Rovi Staff 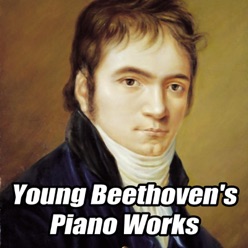 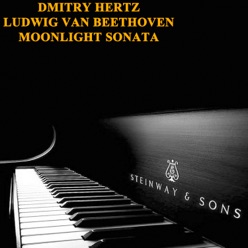 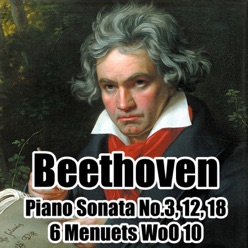