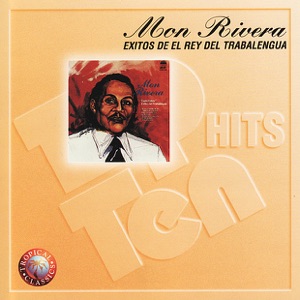 CIUDAD NATAL
Mayagüez, Puerto Rico
NACIMIENTO
1925
Acerca de Mon Rivera
b. Efrain Rivera Castillo, 1925, Mayagüez, Puerto Rico, d. 12 March 1978, Manhattan, New York City, USA. Band leader, singer, composer, multi-instrumentalist Rivera was a pioneer of the trombone front-line in Latin music; some say he was the pioneer, whereas others maintain that Eddie Palmieri was the originator. However, it is probably their record producer at the time, Al Santiago (founder of Alegre Records), who deserves the credit. Whoever it was, the all trombone sound influenced band leaders like Willie Colón and others, and has been described as the symbol of urban salsa. Rivera was known as El Rey del Trabalengua (The Tongue Twister King) because ... his improvised quips would delight fans with his clear enunciation of rhymes and alliterations conjured up at bullet speed and perfectly weaved in the timing and circumstances of the music (quote from Aurora Flores, 1978). Rivera was always closely associated with the plena and bomba forms of his island of birth. His father, Ramón Rivera Alers, wrote popular plenas. Rivera began his professional career at the age of 16 and joined the band of William Manzano. He was also a professional baseball player and played with Los Indios in Mayagüez between 1943 and 1945. In the early 50s, he relocated to the USA with the band of Héctor Pellot, which was later led by Moncho Leña. After Leña disbanded, he organized his own band with its famous trombone front-line. His debut on the Alegre Records label, Que Gente Averigua, contained the delicious instrumental Lluvia Con Nieve (Rain With Snow), which Mon composed himself. No musician credits were given on the sleeve, however the albums producer, Al Santiago, revealed that a stellar line-up had been assembled for the recording, which included Charlie Palmieri (piano, eight tracks), Eddie Palmieri (piano, two tracks), Kako (timbales), Barry Rogers, Mark Weinstein and Manolin Pazo (trombones). Rivera had a big hit with the self-penned Karacatis-Ki, a plena dengue, which was the title track of his first volume on Ansonia Records.nn Riveras 1975 collaboration with Willie Colón, There Goes The Neighborhood/Se Chavó El Vecindario, helped connect him with the younger Latino audience. He arranged the hit track, the plena Ya Llego. An impressive line-up was congregated for the session, including Lewis Kahn and Jose Rodrigues (trombones), Papo Lucca (piano), Kako (timbales and conga), Rubén Blades and Héctor Lavoe (chorus). Mon was not immortal and fell victim to the vices of life. But in his realization, he struggled and became free of the monkey that sucked at his lifeline, wrote Aurora Flores, in that typically oblique manner found in accounts on Latin artists. He died, in his Manhattan residence on 12 March 1978, from a heart attack. The posthumously released Forever, was produced by Johnny Pacheco. In addition to singing lead vocals and composing one track, Rivera shared arranging chores with Colón and Ernie Agosto. 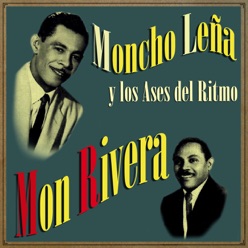 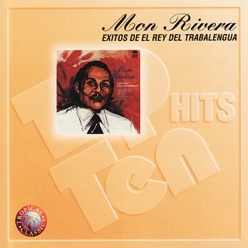 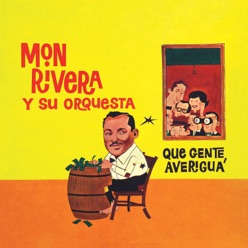