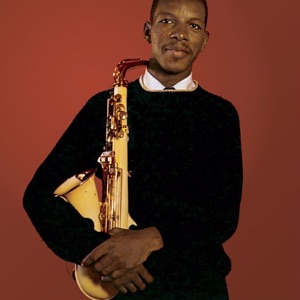 CIUDAD NATAL
Fort Worth, TX
NACIMIENTO
9 de marzo de 1930
Acerca de Ornette Coleman
One of the most important (and controversial) innovators of the jazz avant-garde, Ornette Coleman gained both loyal followers and lifelong detractors when he seemed to burst on the scene in 1959 fully formed. Although he, and Don Cherry in his original quartet, played opening and closing melodies together, their solos dispensed altogether with chordal improvisation and harmony, instead playing quite freely off of the mood of the theme. Coleman's tone (which purposely wavered in pitch) rattled some listeners, and his solos were emotional and followed their own logic. In time, his approach would be quite influential, and the quartet's early records still sound advanced many decades later.nnUnfortunately, Coleman's early development was not documented. Originally inspired by Charlie Parker, he started playing alto at 14 and tenor two years later. His early experiences were in Ru0026B bands in Texas, including those of Red Connors and Pee Wee Crayton, but his attempts to play in an original style were consistently met with hostility both by audiences and fellow musicians. Coleman moved to Los Angeles in the early '50s, where he worked as an elevator operator while studying music books. He met kindred spirits along the way in Don Cherry, Charlie Haden, Ed Blackwell, Bobby Bradford, Charles Moffett, and Billy Higgins, but it was not until 1958 (after many unsuccessful attempts to sit in with top L.A. musicians) that Coleman had a nucleus of musicians who could play his music. He appeared as part of Paul Bley's quintet for a short time at the Hillcrest Club (which is documented on live records), and recorded two very interesting albums for Contemporary. With the assistance of John Lewis, Coleman and Cherry attended the Lenox School of Jazz in 1959, and had an extended stay at the Five Spot in New York. This engagement alerted the jazz world toward the radical new music, and each night the audience was filled with curious musicians who alternately labeled Coleman a genius or a fraud.nnDuring 1959-1961, beginning with The Shape of Jazz to Come, Coleman recorded a series of classic and startling quartet albums for Atlantic. With Don Cherry, Charlie Haden, Scott LaFaro, or Jimmy Garrison on bass, and Billy Higgins or Ed Blackwell on drums, Coleman created music that would greatly affect most of the other advanced improvisers of the 1960s, including John Coltrane, Eric Dolphy, and the free jazz players of the mid-'60s. One set, a nearly 40-minute jam called Free Jazz (which other than a few brief themes was basically a pulse-driven group free improvisation) had Coleman, Cherry, Haden, LaFaro, Higgins, Blackwell, Dolphy, and Freddie Hubbard forming a double quartet.nnIn 1962, Coleman, feeling that he was worth much more money than the clubs and his label were paying him, surprised the jazz world by retiring for a period. He took up trumpet and violin (playing the latter as if it were a drum), and in 1965 he recorded a few brilliant sets on all his instruments with a particularly strong trio featuring bassist David Izenzon and drummer Charles Moffett. Later in the decade, Coleman had a quartet with the very complementary tenor Dewey Redman, Haden, and either Blackwell or his young son Denardo Coleman on drums. In addition, Coleman wrote some atonal and wholly composed classical works for chamber groups, and had a few reunions with Don Cherry.nnIn the early '70s, Coleman entered the second half of his career. He formed a "double quartet" comprised of two guitars, two electric bassists, two drummers, and his own alto. The group, called Prime Time, featured dense, noisy, and often witty ensembles in which all of the musicians are supposed to have an equal role, but the leader's alto always ended up standing out. He now called his music harmolodics (symbolizing the equal importance of harmony, melody, and rhythm), although free funk (combining together loose funk rhythms and free improvising) probably fits better; among his sidemen in Prime Time were drummer Ronald Shannon Jackson and bassist Jamaaladeen Tacuma, in addition to his son Denardo. Prime Time was a major (if somewhat unacknowledged) influence on the M-Base music of Steve Coleman and Greg Osby. Pat Metheny (a lifelong Ornette admirer) collaborated with Coleman on the intense Song X, Jerry Garcia played third guitar on one recording, and Coleman had irregular reunions with his original quartet members in the 1980s.nn Coleman was signed to Verve in the '90s and recorded sparingly as the 21st century began, appearing on Joe Henry's Scar in 2000 and on single tracks on Lou Reed's Raven and Eddy Grant's Hearts u0026 Diamonds, both released in 2002. He also released the live album Sound Grammar on his own label of the same name in 2006; the album won a Pulitzer Prize for Music the following year. In 2007 he was also honored with a Grammy Lifetime Achievement Award. Coleman died of cardiac arrest in Manhattan on June 11, 2015 at the age of 85. He had remained true to his highly original vision throughout his career and, although often considered controversial, was an obvious giant of jazz. ~ Scott Yanow 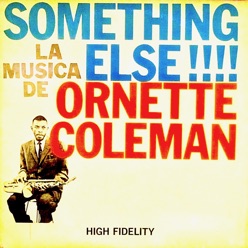 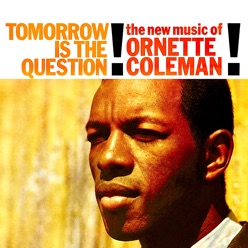 Tomorrow Is the Question! (Remastered)
2019 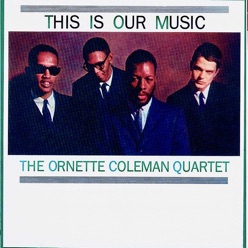 This Is Our Music (Remastered)
2019
Ver todos los discos