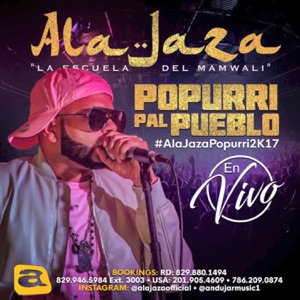 Acerca de Ala Jaza
Ala Jaza is the stage name of chart-topping and award-winning Dominican-born singer, songwriter, arranger, producer, and multi-instrumentalist Enmanuel Jiménez. Credited with creating the 21st century style of urban merengue known as MamWali, which weds merengue and trap music, he is also an acclaimed mambo, bachata, and ballad singer. Though he began recording with 2010's beat-driven single "Vamo a Maja Cocao," the MamWali style (that draws on everything from trap and salsa to Syrian wedding music, mambo, merengue, and hip-hop, didn't completely reveal itself fully until 2017's "Banda," though its roots could be heard on 2012's "Identalo" and "Mafu Ganzi" (feat. Toby Love). After issuing three albums in 2017 -- 2k17 (En Vivo), Unplugged, and the studio offering La Escuela del Mamwali -- he hit the top of the Tropical Songs chart with a wildly revisioned mambo cover of Farruko's "Mi Forma de Ser" in 2018, paving the way for three of his own charting singles in 2019 -- "Nadie Se Meta," "Culpable," and "Ta'mo Bien."nnJaza was born in Santo Domingo but was raised in Jarabacoa. His father, a professional singer, was his first music teacher and taught him to play tamboura and guira before enrolling him in proper theory and composition classes. Interestingly, he tried to get his son to study guitar but Jaza initially gravitated to the electric bass instead. At 13, the family relocated to New York, where the youngster began to establish himself as a professional on his chosen instrument, backing bachata and merengue artists in studio and in concert. He came to the attention of sound engineer Gerson Corniel, who taught him to mix and engineer all kinds of different recordings. Jaza worked on albums and singles by many artists, including Don Omar, Luny Tunes, Daddy Yankee, Henry Santos, Marcy Place, and Xtreme, among others. Sony Music signed him as a bachatero in group called Optimo in which he served as bassist, second voice, and co-producer/engineer. He also accompanied the group Aventura when the percussionist or bassist couldn't make gigs. He left Optimo to pursue a career in merengue as a solo act, resulting in his debut single "Vamo a Maja Cocao." Jaza spent the next two years developing his stage persona and recording whenever possible. After another pair of singles in 2012 -- "Identalo" and "Mafu Ganzi" (feat. Toby Love) -- Jaza returned to studio work, helping other artists realize their respective visions. He also moved back to the Dominican Republic because of his popularity on the radio and in concert, which is where he developed the new rhythmic merengue style that would become MamWali. In 2016 he returned to the studio and surprisingly cut the infectious bachata ballad "No Se Vale" (feat. Senorita) that brought him to the attention of a wider Latin fan base. In 2017, he released two of his Dominican gigs as streaming albums in Unplugged (complete with a full horn section), and the fully electrified 2k17. While neither album charted outside of the DR, Jaza's peers spread word of his prowess based on his writing and arrangements. After issuing the pre-release single "Banda," which rocketed up the Latin radio charts, the artist released the 13-track La Escuela del Mamwali and hit the road, performing in the United States from New York to Miami as well as in the Caribbean. He shared stages with Latin trap and pop superstars as well as traditional singers. In July of 2018, he dropped a mambo version of Farruko's hit "Mi Forma de Ser," that scored a Top Ten spot on the Tropical Songs chart. Touring, television, and radio appearances followed as well as three charting singles in early 2019 including "Nadie Se Meta," "Culpable," "Ta'mo Bien." He also issued the single and video for "Huela a Soledad" (feat. Ana Gabriel). He received three nominations for the year's Soberano Awards in the categories for Merengue Song of the Year, Collaboration of the Year, and Street Merengue Song of the Year. ~ Thom Jurek 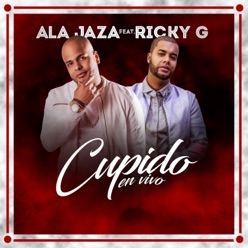 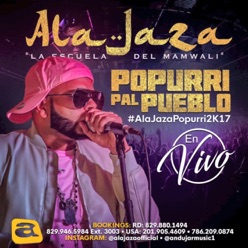 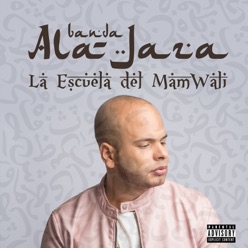