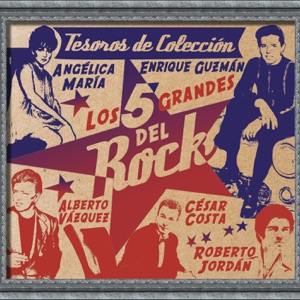 CIUDAD NATAL
Guaymas, Mexico
NACIMIENTO
20 de abril de 1940
Acerca de Alberto Vásquez
Alberto Vazquez is an award-winning, best-selling icon of Mexican music. Known primarily for his legendary rancheras and corridos, he has also recorded pop, rock, disco, and easy listening numbers among the hundreds in his discography. His recordings have hit the charts dozens of times. Some of his hit singles include "Ausente," "Olvidalo," "Pecador," and "Rogaciano." He has also written songs with José Alfredo Jiménez, including "Ella" and "El Jinete." nnBorn in 1940, he began singing at the age of six, inspired by the great ranchera singers of the twenties and thirties. He attended the prestigious arts academy of San Carlos as well as the Esmerelda, where he studied music and painting.nnHis musical activities included singing at festivals. At one contest when he was 17 u0026#8212; sponsored by Radiolandia at the Teatro Alameda u0026#8212; he sang "Sixteen Tons" and "Las Hojas Muertas" and won. He was also a boxer, winning a Golden Gloves title when he was 18. nnWhile he was supposed to be attending college, Vazquez began making a name for himself working clubs in Mexico City. At 21 he secured headline engagements at both the legendary Cadillac and Afro night spots and began his recording career. Working with Memo Acosta Segura as his artistic director and producer, he cut the single "El Pecador." Its unexpected success made him an overnight sensation. He followed it with the smash "Perdóname Mi Vida." Covers were also an important part of his repertoire. While other singers of the time u0026#8212; including César Costa and Enrique Guzmán u0026#8212; were covering monster hits by American singers u0026#8212; Vazquez went outside the mainstream and cut Spanish versions of tunes originally recorded by Pat Boone ("Happiness Came") and John Gary ("Forget It") that scored on the Mexican charts. The hits didn't stop. Recording for a wide variety of labels, from Musart to Melody International to Epic, each album he released between 1962's Ritmos Juveniles and 1994's Cosas De charted in Mexico and/or South America, sold in the millions and enabled him to perform all over the globe.nnVazquez was also an actor. Beginning with a role in the 1962 film A Ritmo de Twist, he began a concurrent career that resulted in more than 25 films. He had roles in La Edad de la Violencia in 1964, Me Quiero Casa (1967), Faltas a la Moral (1970) Caín, Abel y el Otro (1971), and Amor a Navaja Libre (1982). He also made dozens of appearances on television including recurring roles in three telenovelas between 1973 and 2001.nnIn 2006, Vazquez received a Lifetime Achievement Award at the Latin Grammys. He continues to perform and mentor younger artists. 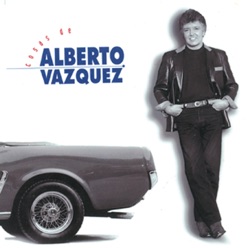