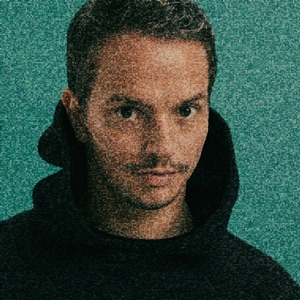 CIUDAD NATAL
Berlin, Germany
NACIMIENTO
5 de julio de 1985
Acerca de Alle Farben
German EDM producer and DJ Alle Farben has been remarkably successful throughout Europe, scoring several Top 10 pop hits and performing at numerous festivals throughout the continent. While he initially produced and spun minimal tech-house around the turn of the 2010s, he switched to a vocal-heavy dance-pop sound with his debut album, 2014's Synesthesia: I Think in Colours. He released several singles which were certified platinum in Germany and gold in Austria or Switzerland, including 2014's "She Moves (Far Away)" (featuring Graham Candy) and 2016's "Please Tell Rosie" (featuring Younotus).nn A native of Berlin's Kreuzberg district, Frans Zimmer started DJ'ing in clubs and bars in 2009. Initially using the name Hundert Farben, meaning hundred colors, he settled on Alle Farben, or all colors. He began releasing tech-house tracks on German label Kallias in 2012, including the EPs Sailorman and Galant. "Tempelhof," inspired by a breakthrough gig at Berlin's former Tempelhof Airport, was released in 2013. Synesthesia: I Think in Colours was released by the Sony-distributed B1 Recordings in 2014, and single "She Moves (Far Away)" became a hit in several countries, hitting the Top 10 in Germany. In 2015, Alle Farben was featured (along with Younotus) on Anna Naklab's cover of "Supergirl" (originally by German band Reamonn), which was a massive hit throughout Europe and even outsold the original. Alle Farben's second album, Music Is My Best Friend, appeared in 2016; singles "Please Tell Rosie" (featuring Younotus) and "Bad Ideas" were both Top 10 hits in Germany and Austria. Alle Farben continued releasing hits such as 2017's "Little Hollywood" (with Janieck Devy) and 2018's "Fading" (with Ilira), and the James Blunt collaboration "Walk Away" preceded the release of third album Sticker on My Suitcase in 2019. ~ Paul Simpson 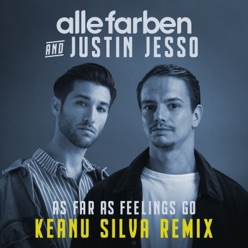 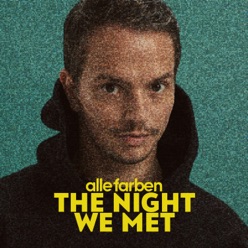 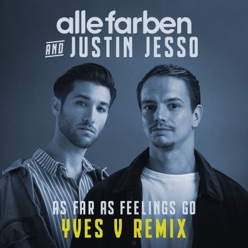