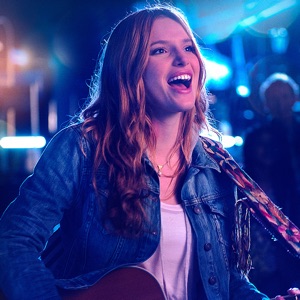 CIUDAD NATAL
Pembroke Pines, FL
NACIMIENTO
8 de octubre de 1997
Acerca de Bella Thorne
By the time Bella Thorne started recording her first album, Call It Whatever, in 2013 at the age of 16, she already had a long career in showbiz -- a career that began long before she became part of the Disney Channel universe in 2010, when she landed a starring role in the sitcom Shake It Up. Her career began much earlier, when the native of Pembroke Pines, Florida worked as a child model, appearing in several national ad campaigns that culminated in her becoming the youngest-ever spokeswoman for Texas Instruments. She transitioned from modeling to acting, appearing on episodes of Entourage and The O.C. in 2006 and 2007, respectively, before winning a role as Margaux Darling on the 2007-2008 season of Dirty Sexy Money. Once that series went off the air, she worked steadily, earning the role of Christian Slater's daughter on the short-lived 2008 series My Own Worst Enemy, then appearing on season four of Big Love in 2010. That year was pivotal for Thorne, as it also was the year she began appearing in Disney Channel productions, beginning with a spot on Wizards of Waverly Place and then her starring role on Shake It Up.nn On that sitcom, Thorne co-starred with Zendaya as a teen dancer, and during the show's three-season run between 2010-2013, Thorne appeared in other Disney productions -- including the 2012 TV movie Frenemies -- and dipped her toe into musical waters via the soundtrack to Shake It Up. The soundtrack appeared in 2011, reaching 22 on the Billboard 200 and number one on the magazine's Top Kid Audio chart, and soon Thorne was stepping outside of the show for her first single, "TTYLXOX," which scraped the Hot 100 in 2012. Hollywood Records announced in 2013 that they signed Thorne to record a full album and the record was in production for over a year, with a single called "Call It Whatever" appearing in early summer 2014. The full-length album was scheduled for that year but she kept busy with other projects, including a starring role in Adam Sandler's summer 2014 film Blended and writing her first novel, Autumn Falls, which is about a teen whose life is changed by magic.nn By the time Autumn Falls saw publication in 2015 (it was the first in a series of three books), Thorne's full-length album was officially canceled. In its place, she released the Jersey EP in November 2014. Over the next few years, Thorne starred in a variety of television and film projects -- notably, she starred as a mean girl in the 2015 teen comedy The DUFF and the 2017 series Famous in Love -- but she didn't return to recording until 2017, when she was featured on Prince Fox's "Just Call" and Borgore's "Salad Dressing." In early 2018 she released the solo single "Burn So Bright," which was taken from the soundtrack to her romantic drama, Midnight Sun. ~ Stephen Thomas Erlewine 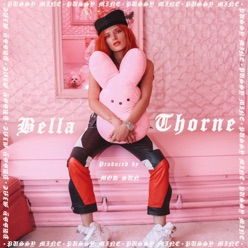 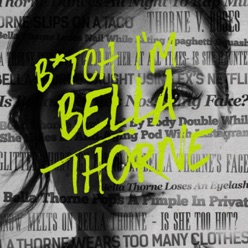 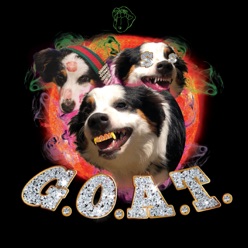