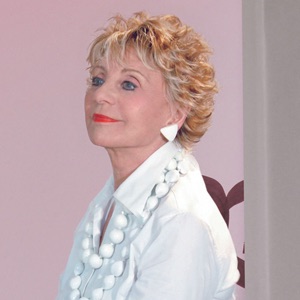 CIUDAD NATAL
Schaerbeeck, Belgium
NACIMIENTO
16 de junio de 1928
Acerca de Annie Cordy
Annie Cordy may not be a household name outside of central Europe, but she has enjoyed one of the longest enduring careers of any female performer of the post-World War II era, six decades and counting in music and comedy as of 2006. Her greatest fame lies in France, but she was born in Belgium -- as Léonie Cooreman in Schaerbeeck in 1928. She was something of a natural musician and studied the piano throughout childhood, but in her early teens her interest turned almost exclusively to singing. She won numerous talent competitions, even amid the upheavals of the second World War, including the Grand Prix de la Chanson in 1944, when she was 16. She made her professional debut in Brussels soon after the war was over, at age 18, starring in a revue in which she was spotted by Pierre-Louis Guérin of the Lido, one of Paris's most celebrated cabarets. She moved to Paris soon after and began a two-year engagement at the club, during which -- after working initially as Annie Cory -- she took the performing name Annie Cordy. It was while appearing at the Lido that she first met Henri Bruneau, a top talent agent, who not only started to represent her but also married her.nn Under the guidance of Bruneau, she spent the early '50s not only working the Lido but also appearing in Moulin Rouge cabarets, and appeared at numerous public events, and also began to develop her reputation for comedy, and she received the Maurice Chevalier Award at Deauville for her work as a singer and comedienne. In 1952, Cordy also made her debut in operetta, alongside the veteran performers Bourvil and Georges Guétary (best remembered by Americans for his performance in Vincente Minnelli's movie An American in Paris, as Gene Kelly's romantic rival for the affections of Leslie Caron) in the light opera "La Route Fleurie," which enjoyed a three-year run. She also embarked on a solo recording career, enjoying a string of hits in France with "La Petite Marie," "Les Trois Bandits de Napoli," and "Léon" -- the latter appeared on her American debut LP, Moi, J'aime les Hommes (I Like Men) (Angel Records).nn She made her movie debut in 1953 in the big-budget production of Si Versailles M'etait Conte, directed by Sacha Guitry. Cordy divided her work equally in these different fields, recording extensively, working in the theater, fitting in cabaret revues, and making films, in the process becoming one of the most popular performers of her generation in France. By 1953, she was ready to start working outside the boundaries of France, and toured Canada and North Africa. Her debut at the Olympia Theater in Paris took place in 1954, on a bill shared with American actor/singer (and French film star) Eddie Constantine, and she topped the bill at another engagement a year later. A hit musical comedy, Bonjour Sourire, followed in 1955, and that same year she received the Académie Charles-Cros Award for her recording of "Oh Bessie," a tribute to Bessie Smith.nn More film work followed, alongside Bourvil in Le Chanteur de Mexico, with Luis Mariano, and she also starred in the entertainment presented in connection with the wedding of Grace Kelly and Prince Rainier of Monaco, which led to an American contract for appearances in Rio de Janiero and New York. She mostly juggled operetta and film work for the remainder of the 1950s, and barely broke stride with the arrival of rock u0026 roll music on the world scene. She continued to break box office records in Paris in the early '60s, and in 1965 -- taking the advice of Maurice Chevalier -- she made her bow in a show devised as a complete presentation of her range and talents, called "Annie Cordy en deux actes et 32 tableaux." Her French and international careers continued without a break right to the end of the 1960s, and took her everywhere from Moscow to Fascist-dominated Spain. She continued to attract large audiences in Europe into the 1970s and 1980s, and beyond, and as of 2006 had recorded some 500 songs -- and even provided a voice for one Disney production -- in addition to appearing in many dozens of movies and countless stage performances. In 2004, in recognition of her success and popularity, she was recognized by the country of her birth by being made an "honorary baroness" of Belgium. Cordy remains among the favorite veteran performers in France, and is virtually a living performing institution, some 60 years after her debut. ~ Bruce Eder 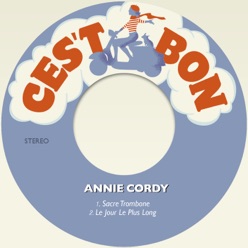 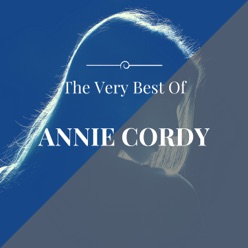 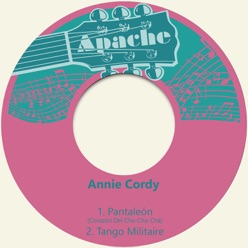