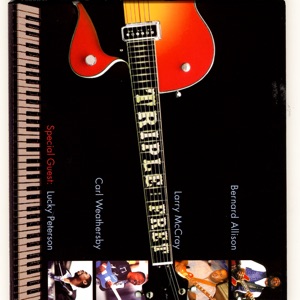 CIUDAD NATAL
Chicago, IL
NACIMIENTO
26 de noviembre de 1965
Acerca de Bernard Allison
Bernard Allison is the guitar-playing, singing, and songwriting son of late legendary blues guitarist Luther Allison. True to form for this chip off the old block, the young Allison injects every bit as much energy into his live shows as his father did. Bernard counts among his influences icons like Albert King, Muddy Waters, and Freddie King, and later, Stevie Ray Vaughan and Johnny Winter. He began accompanying his famous father to blues festivals in the early '70s. There, he was introduced to a who's who of Chicago blues stars: Muddy Waters, Hound Dog Taylor, and Albert King, among others. When he was seven or eight, he began having aspirations of becoming a guitar slinger like his father. Luther Allison was more than just a casual record collector, and so Bernard benefited from his father and brothers' collections of classic blues and gospel.nn After graduating from high school, Bernard began playing with Koko Taylor in her touring band. He stayed with Taylor's band until 1985, when he left to hustle up his own gigs as Bernard Allison u0026 Back Talk. Bernard spent a lot of time in Canada with his first band, and later rejoined Taylor and her Blues Machine for another two years in the late '80s. After joining his father in Europe for a live recording, Bernard was asked to join Luther's touring band and become his European bandleader. Luther helped his son along with the finer points of showmanship for several years until Bernard was good enough to lead his own trio or quartet. At Christmastime in 1989, while both were living together in Paris, the elder Allison arranged to give his son the most precious gift for budding musicians: studio time to record his first album. Bernard's debut, Next Generation, was recorded for Mondo Records using musicians from his dad's band. His other European label releases include Hang On, No Mercy, and Funkifino.nn In December 1996, Bernard was contacted by Cannonball Records founder Ron Levy. Bernard was home in Chicago visiting family at Christmas, and hadn't brought any of his guitars or other equipment with him. Levy wanted something based in traditional electric blues, with a few bones for newer fans of the idiom who had jumped on the blues bandwagon after 1990. Bernard released his stunning U.S. debut, Keepin' the Blues Alive, in early 1997, receiving a great deal of critical acclaim. On his successful tour of clubs around the U.S. in the latter half of 1997, Bernard was joined by drummer Ray "Killer" Allison (no relation) and Buddy Guy bassist Greg Rzab, among others. Times Are Changing followed a year later. In mid-2000, Across the Water was released. Based in Paris full-time, Bernard Allison had the comfort and security that the multitude of blues clubs and festivals around Europe can provide. Allison maintained a prolific touring and recording schedule, gigging steadily in Europe, the U.K., Scandinavia, and the United States while releasing a dozen albums between 2001 and 2016, including several for the German Jazzhaus label. In February 2018, Allison dropped a new studio album, Let It Go, for Ruf Records, followed by an international tour as part of Ruf's Blues Caravan, which teamed him with fellow bluesicians Vanja Sky and Mike Zito. ~ Richard Skelly 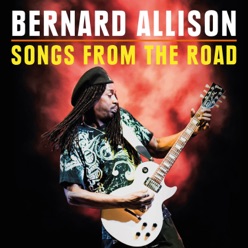 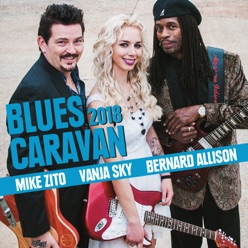 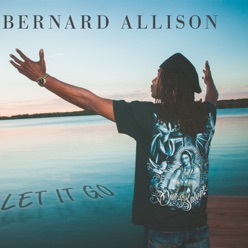