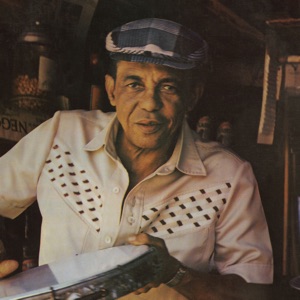 Acerca de Bezerra da Silva
Bezerra da Silva, in his career which spans 25 years (and 50 years as professional musician) and more than 27 solo albums as a singer and composer, had hits with "Bicho Feroz" (Tonho/Cláudio Inspiração), "Malandragem, Dá Um Tempo" (Adelsonilton/Popular P/Moacir Bombeiro), "Overdose de Cocada" (Dinho/Ivan Mendonça), and "Rei do Coco." Jackson do Pandeiro recorded his "Leve o Teu Gererê," "Meu Veneno," "Criando Cobra," "Preguiçoso," and "Mandau Velho." His style, full of the Carioca malice (malandragem) of the hills, with which he chronicles the hardships of the shanty town dwellers (and the violence/drugs scenario, even before gangsta rap), became defined in the CID company. He was introduced by Genaro (Nosso Samba group); there he recorded a three-volume series, Partido Alto Nota 10 (1977-1978), that made him famous as the spokesperson of the hills. "Pega Que Eu Sou Ladrão" was launched in the series and brought him national acknowledgement.nn Since his childhood, he was a zabumba player and coco singer in his hometown. At 15, he came to Rio, settling in the Cantagalo hill. In 1950, he was hired by Rádio Clube do Brasil as a musician, becoming an accompanist for many great artists. In 1960, he joined the Orquestra Copacabana Discos (São Paulo SP) and, in the '70s and '80s, the Orquestra da TV Globo. In 1965, Marlene recorded "Nunca Mais" (Bezerra da Silva/Norival Reis). In 1969, da Silva debuted as an interpreter, recording a single through Copacabana, "Viola Testemunha" (Bezerra da Silva/Jorge Garcia/Almir Delfino) and "Manã Cadê Meu Boi" (Jorge Peçanha/Bezerra da Silva), the latter having won a partido alto festival in São Paulo. In spite of his connection with the Carioca samba, as an imposition of the Au0026R director for Tapecar his first LP, Bezerra da Silva - O Rei do Coco (1975), and the second, Bezerra da Silva - o Rei do Coco, Vol. 2 (1976) were dedicated to coco, genre natural of Pernambuco, his state of origin. But the following year was a milestone in his career, when he finally headed for his own individual voice and met national popularity as a partido alto singer/composer. ~ Alvaro Neder 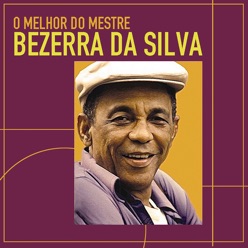 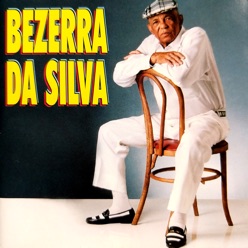 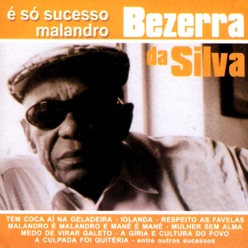