CIUDAD NATAL
New Delhi, India
NACIMIENTO
15 de junio de 1971
Acerca de Bif Naked
Born in New Delhi, India, to a pair of boarding-school teenagers, Bif Naked was adopted by American missionaries and moved to Minneapolis. Several other moves preceded her eventual settling in Winnipeg where she enrolled at the University of Winnipeg as an aspiring drama major. At this time, she also joined Jungle Milk, an eclectic troupe of musicians, and married the act's drummer. The marriage was short-lived, but it led to her becoming the frontwoman of Gorilla Gorilla, a punk outfit for which her husband also drummed. It was a tumultuous situation and, although she remained with the act as they relocated to Vancouver, Bif Naked eventually quit to join another punk act, Chrome Dog. There was a brief association with Dying to Be Violent before she finally released an independent solo EP, Four Songs and a Poem, in 1994. She inked a deal with Concrete Records and an eponymous, full-length release soon followed. When the label went under, Bif Naked regained the masters and, in 1996, reissued the album through her own Her Royal Majesty's Records imprint. On the strength of that record, and the ferocity of her live performances and ceaseless touring, she snagged a deal with Lava and, in 1998, I Bificus was released. The record was critically well-received and managed to get some attention with the track "Moment of Weakness," aided by a memorable, energetic video clip. Purge followed in 2001, but the American release was delayed as the first single, "I Love Myself Today," became a smash hit in Canada. After over a year's wait, the album finally came out in the US in the fall of 2002. The Essentially Naked retrospective appeared in 2004 before Bif Naked returned with Superbeautifulmonster in September 2005. ~ Tom Demalon 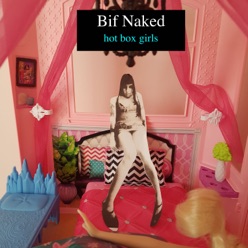 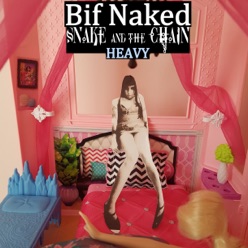 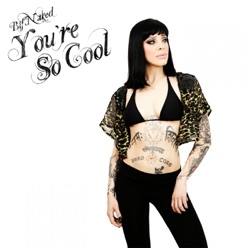