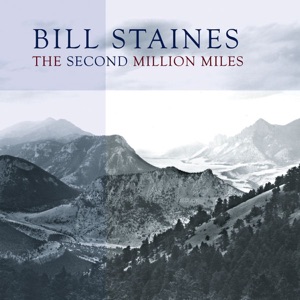 CIUDAD NATAL
Medford, MA
NACIMIENTO
6 de febrero de 1947
Acerca de Bill Staines
The American landscape has been a major theme for New Hampshire-based singer/songwriter Bill Staines. His songs have captured the beauty of rivers, mountains, and the open space of the American West. Staines' ability to write songs that seem like traditional folk songs has made him a favorite source of new material. His original tunes, including "The Roseville Fair," "River," "Wild, Wild Heart," "Yellowstone Winds," and "A Place in the Choir (All God's Critters)," have been covered by such artists as Nanci Griffith, Jerry Jeff Walker, Grandpa Jones, Fairport Convention, Priscilla Herdman, Gordon Bok, and Mason Williams.nnAlthough his country-folk tunes reflect on the personalities, lifestyle, and environment of such places as Wyoming, Colorado, and Alaska, Staines hails from Lexington, MA, a small city northwest of Boston. As a youngster, Staines was heavily inspired by the folk scene in Boston and Cambridge in the early '60s. Together with a junior high school friend, Dick Curtis, and his younger brother, John, who later played with the Pousette-Dart Band, Staines formed a folk band, the Green Mountain Boys. Although the Curtis brothers preferred old-timey string music and bluegrass, Staines remained tied to romantic folk ballads. Staines later organized and ran a student folk music coffeehouse, The Barn, at Lexington High School. The experience prepared him when he became the host of a weekly open-mike hootenanny at the folk music venue Club 47 in Harvard Square. Staines gained popularity as a songwriter when Randy Burns u0026 the Skydog Band recorded his first original song, "That's the Way It's Going to Go in Time," in 1966. He released his debut album, Bag of Rainbows, the same year.nnStaines initially attracted national attention with his yodeling. In 1975, he won the prestigious National Yodeling Championship at the Kerrville Folk Festival in Kerrville, TX. His album Miles, released the following year, included the heartfelt ballad "Sweet Wyoming Home." A self-taught fingerstyle acoustic guitarist, Staines was heavily influenced by the playing of Jackie Washington, a regular performer at Club 47, and Tom Paxton. Staines uses a right-handed Martin D-18 guitar that he turns over and plays left-handed. Staines has been increasingly inspired by his experiences as an amateur pilot. His 1995 album Looking for the Wind included several aviation-themed songs, including "Bill Hosie," about a builder of airplanes, and "Song for Tingmissartaq," written for Charles and Anne Morrow Lindbergh. In 1993, Staines composed The Alaska Suite, a 15-tune instrumental suite for strings and brass that was inspired by his many flights to Alaska.nnStaines' song "A Place in the Choir (All God's Critters)" has become a children's music classic. In the '80s, Staines periodically performed with the Passim All-Stars, an informal folk group that also included Mason Daring, Jeanie Stahl, Billy Novick, and Guy Van Duser. In 1993, he released an album of children's songs, The Happy Wanderer on the Red House Records label, that included "The Hound Dog Song" and "I Can Feel the Sweet Winds Blowing (Bless My Soul)" as well as interpretations of "Home on the Range," "The Gypsy Rover," and "Kookaburra." Staines continued recording for Red House during the remainder of the 1990s and into the 21st century, releasing such albums as Going to the West (1993), the aforementioned Looking for the Wind (1995), One More River (1998), Octobers Hill (2000), Journey Home (2004), and Old Dogs (2007). Staines' songs have been featured in the songbooks If I Were a Word Then I'd Be a Song (Folk-Legacy, 1980), All God's Critters Got a Place in the Choir (Puffin, 1989), River (Viking, 1993), and Music to Me (Hal Leonard, 1994). ~ Craig Harris 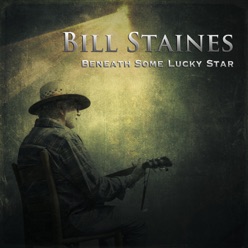 Beneath Some Lucky Star
2012 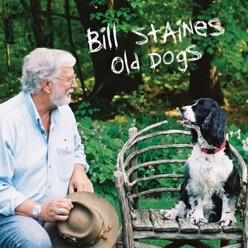 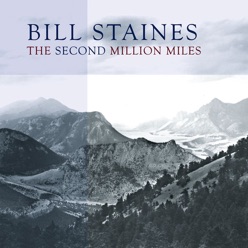