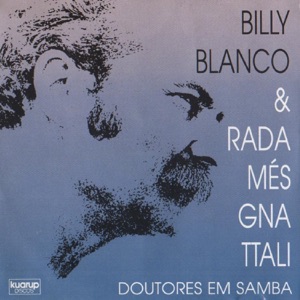 CIUDAD NATAL
Belém, Brazil
Acerca de Billy Blanco
Billy Blanco is the author of over 300 songs, some of them written in collaboration with Tom Jobim, Baden Powell, Sebastião Tapajós, and Sílvio Caldas. His songs were recorded by some of the most important Brazilian artists of their times, like Lúcio Alves, Dick Farney, Dolores Durán, Isaura Garcia, Os Cariocas, Wilson Simonal, Jair Rodrigues, and many others. He also wrote music for the cinema, participating in the soundtracks of films like Crônica da Cidade Amada (Carlos Hugo Christensen), Esse Rio Que Eu Amo, and Carnaval Atlântida. Blanco composed music for theater, including Mandrágora, for TV soap operas (O Espigão), and also wrote the Brazilian Portuguese lyrics for the musicals The Sound of Music and How to Succeed in Business Without Really Trying in their Brazilian staging. Since high school he was dedicated to music and poetry in radio shows at the Rádio Clube de Belém (Pará). In his hometown he also performed at the Cassino Marajó with Os Gaviões do Samba. In 1946 he moved to São Paulo, where he studied architecture and played nightclubs. In that same year, he wrote "Prece de Um Sambista" (recorded by Linda Batista in 1952), "Samba de Morro," and "Outono." Two years later he went to Rio de Janeiro where he finished his course work and formed the Sexteto Billy Blanco (Luís Reis on piano, Maurício Monte on drums, Ante Danemann and Milton Evaldo on accordion, and Carlos José on vocals). In 1951 he had his samba "Pra Variar" recorded by the Anjos do Inferno. Inesita Barroso recorded his "Estatutos de Gafieira" two years later, while "Grande Verdade" was recorded by Dick Farney, and "Teresa da Praia" (with Tom Jobim) by Dick Farney and Lúcio Alves. In 1954 he released the popular suite Sinfonia do Rio de Janeiro, written with Tom Jobim, arranged by Radamés Gnattali, and later interpreted by the singers Emilinha Borba, Elizeth Cardoso, Dick Farney, Doris Monteiro, Os Cariocas, Nora Ney, Jorge Goulart, and Gilberto Milfon, among others. Some of the suite's songs were included in the soundtracks for the film Esse Rio Que Eu Amo (Carlos Hugo Christensen) and the musical Rio, de Janeiro a Janeiro (Carlos Machado). In 1956, "Mocinho Bonito" and "Pano Legal" were recorded respectively by Dóris Monteiro and Dolores Durán. In the next year, "Não Vou Pra Brasília" was recorded by Os Cariocas, but the song was censored. In 1958, Paulo Marquês recorded the LP Doutor em Samba, dedicated to Blanco's compositions. Also in this year Blanco wrote "Viva Meu Samba," one of his biggest hits in the recording by Sílvio Caldas. In 1959 he had his "A Banca do Distinto" recorded by Isaura Garcia, "Pistom de Gafieira" by Sílvio Caldas, and "Camelô" by Dolores Durán. In the same year he recorded his compositions as an interpreter for Elenco. In 1960 Lúcio Alves recorded "Samba Triste" (with Baden Powell). In 1964 he starred in a show at the Zum-Zum nightclub (Rio) with Aracy de Almeida, Sérgio Pôrto and the Roberto Menescal group. In the next year he got fifth place in the I Festival de Música Popular Brasileira/FMPB (Brazilian Popular Music Festival) with "Rio dos Meus Amores," interpreted by Wilson Simonal (who recorded his "Lágrima Flor" in his debut LP). In 1966 he got fourth place in the I Festival Internacional da Canção/FIC (International Song Festival) with "Se a Gente Grande Soubesse," presented by his son Billinho (at nine) and by the Quarteto em Cy. Two years later he had the fourth place at the Bienal do Samba (TV Record, São Paulo) with "Canto Chorado," interpreted by Jair Rodrigues. In 1974, Blanco wrote the "Sinfonia de São Paulo." Continuing to record and to give live performances regularly, he released Guajará: Suíte do Arco-Íris in 1993 and had his Doutores em Samba -- Billy Blanco e Radamés Gnattali reissued in 1996. ~ Alvaro Neder 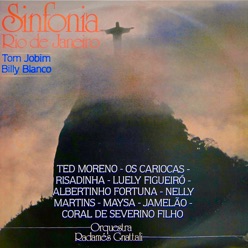 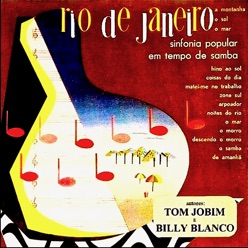 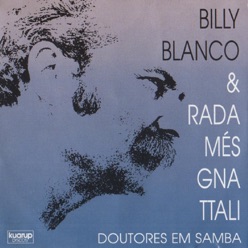