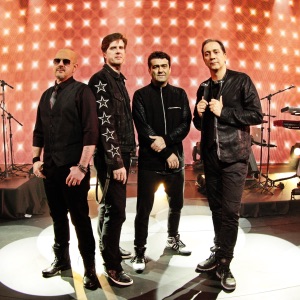 ORIGEN
Rio De Janeiro, Brazil
FORMACIÓN
1983
Acerca de Biquini Cavadão
The Biquíni Cavadão are one of the biggest groups from the second division of Brazilian rock, having recorded several solo albums that sold extremely well and toured internationally as well as nationally.nn The group was formed in Rio in 1983 by vocalist Bruno Gouveia, keyboard player Miguel Flores da Cunha, bassist André da Luz, and drummer Álvaro Lopes. Playing in parties and rehearsing, the group was founded by Carlos Beni (the former drummer for Kid Abelha) and Herbert Vianna (Os Paralamas do Sucesso), who named the group Biquíni Cavadão. Beni produced a demo tape and sent it to the only radio station that played rock, Fluminense FM, and the new wave "Tédio" scored a hit. Hired by Polygram, the group released their first single in early 1985. After the inclusion of guitarist Carlos Coelho, they continued to grow until the release of their first LP, Cidades em Torrente, on March 15, 1986, which sold 60,000 copies. The album had the hits "Tédio" and "No Mundo da Lua."nn 1987 was dedicated to live shows in Rio and upcountry Brazil and the preparation of the second LP, A Era da Incerteza, released in November. The album had the hit "Ida e Volta," but though it was better than its predecessor, it didn't arouse the same interest and sold a little less than 50,000 copies. This shock delayed their third LP, Zé, which was released on July 27, 1989, and sold even less -- 25,000 copies. It was followed by Descivilização, released in November 1991. The album had a hit with "Vento, Ventania," and sold 70,000 copies. It didn't bring contract renewal with Polygram, however, and without a record company, the group opened the Hollywood Rock Festival for the Red Hot Chili Peppers and Alice in Chains on January 22, 1993. In 1994, still produced by Beni, the group was hired by Sony, releasing Agora in August. In that year, they participated in the project Rei, a tribute to Roberto Carlos. The following year marked the bands tenth anniversary, and they commemorated the date with concerts in Brazil and the U.S.A.. In 1996, they released their RockBook, a book containing the band's history, sheet music, and statistical data. Rescinding their contract with Sony, they spent the rest of the year preparing the new album, Biquini.com.br, which was released in 1998 on BMG and contained the national hit "Janaína." In 1999, they participated in the Planeta Atlântida party in Santa Catarina, commemorating Salvador, BA's 450th birthday. In April, they toured Portugal in support of Biquini.com.br. They continued to play together after over 950 live performances. ~ Alvaro Neder 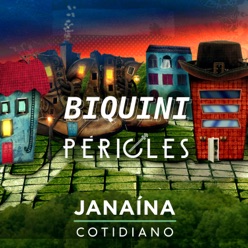 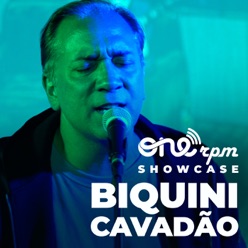