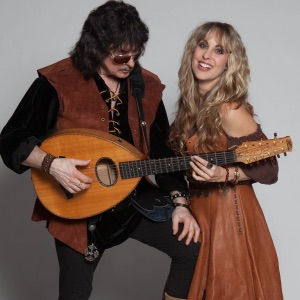 Acerca de Blackmore's Night
Legendary Deep Purple and Rainbow guitarist Ritchie Blackmore (b. April 14, 1945, Weston-super-Mare, England) shifted his musical focus away from hard rock in the late '90s and started concentrating on his love of Renaissance-era music. He formed Blackmore's Night with his fiancée, vocalist/lyricist Candice Night (b. May 8, 1971, Hauppauge, Long Island, New York), and recruited other musicians from around the world to combine elements of world music, Renaissance, new age, folk, and rock u0026 roll. Blackmore didn't exactly retire his Fender Stratocaster, but he plays acoustic guitar almost exclusively in Blackmore's Night. His acoustic guitar melodies and Night's clear, ethereal voice blend with a host of instruments such as mandolins, keyboards, pennywhistles, violins, tambourines, military drums, and hurdy-gurdies. Blackmore once described the band's sound as "Mike Oldfield meets Enya."nn Blackmore and Night met in about 1989 when Deep Purple played soccer against employees of a Long Island radio station where she worked. Night, a former model, studied communications at the New York Institute of Technology and had her own radio show. Blackmore and Night discovered they shared a love of Renaissance culture and quickly became a couple. The formation of Blackmore's Night is tied to the efforts of his previous two bands. Blackmore left Deep Purple -- again -- after 1993's musically disappointing The Battle Rages On... album. Blackmore then revived Rainbow -- technically under the original Ritchie Blackmore's Rainbow moniker -- with largely unknown musicians for 1995's Stranger in Us All, and Night contributed lyrics for four songs. Blackmore didn't really want to call it a Rainbow project, but record company executives insisted the name recognition would make it easier to market the album.nn After Stranger in Us All, Blackmore decided to actually record Renaissance-inspired music. He'd loved the style for years, but he never really played it himself. Once he began playing the music at home, Night would casually start singing along. This innocent, informal practice germinated in Blackmore's Night. The debut Night and Blackmore-penned album Shadow of the Moon, was released domestically in 1998, and featured Jethro Tull's Ian Anderson, who contributed flute on "Play Minstrel Play." Under a Violet Moon followed in 1999, and since a full tour was planned, Blackmore consciously wrote more upbeat, stage-friendly music. The duo continued to release albums throughout the noughties, including 2003's Ghost of a Rose, 2006's The Village Lanterne, and 2008's Secret Voyage. In 2010, Blackmore and Night released their eighth studio album, Autumn Sky. Dedicated to their newly born daughter, the album went on to reach the number 15 spot on the German album charts. Night released his solo debut, Reflections, in 2011. Dancer and the Moon, Blackmore's Night's ninth release, appeared in 2013, followed in 2015 by All Our Yesterdays, both of which were issued via Frontiers Records. ~ Bret Adams 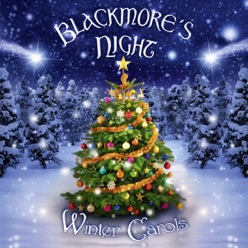 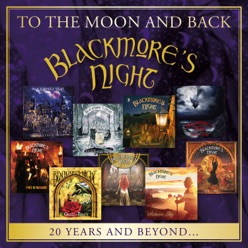 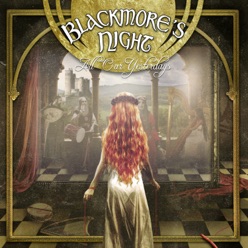