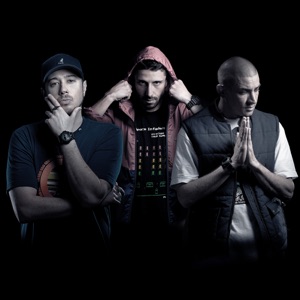 ORIGEN
Sydney, Australia
FORMACIÓN
2000
Acerca de Bliss N Eso
As the small Australian hip-hop scene grew during the 2000s and 2010s, it developed an identity influenced by, but distinct from, that of American hip-hop. Straddling the line between the two are Bliss N Eso. Originally known as Bliss N Esoterikizm, a name that led to problems with pronunciation among their fans, the group consists of MCs Bliss (Johnathan Notley) and Eso (Max MacKinnon), as well as DJ Izm (Tarik Ejjamai). The two rappers can be easily identified on their records by the difference in accents between the American-born Bliss and Australian Eso.nnThe group members met while attending the same high school in Sydney in the 1990s. At that point the local hip-hop scene was so small that they thought they were the only such group in the country. They struck out on their own and released an EP, The Arrival, and followed it with a mixtape. In 2004, they signed with Melbourne label Obese and released their first album, Flowers in the Pavement; production was handled by Bliss, as well as Weapon X and Suffa of labelmates the Hilltop Hoods. Another mixtape followed after it. This promotional technique, while common in the U.S., was almost unheard of in Australia.nn Bliss N Eso then moved to the Illusive Sounds label, part of Mushroom. In 2006, they released Day of the Dog, which was subsequently re-released with a disc of remixes by M-Phazes as Day of the Dog: Phazed Out. The next year, they met with the touring Zulu Connection Choir of South Africa and collaborated on a version of Citizen Cope's "Bullet and a Target," recorded at the home studio of Jimmy Barnes in Sydney. Funds raised from sales of the single were given to the Oaktree Foundation charity.nn During the late 2000s and early 2010s, Bliss N Eso released their most commercially successful recordings as they frequently toured and played major festivals. Flying Colours (2008) reached number ten on the Australian albums chart and went gold. Running on Air (2010) and Circus in the Sky (2013), which were supported by a combined total of five gold singles, hit number one and went platinum.nn After Bliss N Eso landed in the Top 40 with the lead single "Dopamine" in 2016, the release of their sixth studio album was delayed under tragic circumstances when a stunt double was shot and killed on set during the making of one of their music videos. With featured guests including soul singer Lee Fields and Australian electropop artist Thief, Off the Grid eventually arrived in the spring of 2017 via Illusive Sounds. ~ Jody Macgregor 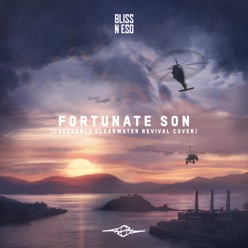 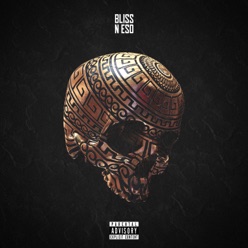 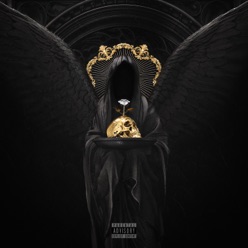