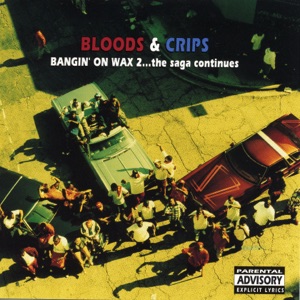 ORIGEN
Los Angeles, CA
FORMACIÓN
1993
Acerca de Bloods and Crips
Given the infamous violent reputation of rival Los Angeles gangs the Bloods and the Crips, it seems impossible that the two could collaborate on a music project, but that's exactly what the Bloods u0026 Crips did on Bangin on Wax in 1993, organized by Los Angeles area producer Ron "Ronnie Ron" Phillips and rapper Tweedy Bird Loc. The success of N.W.A. had frustrated many in the gang community, who saw the group capitalizing on the gang lifestyle. Actual gang members and local rappers auditioned in an open tryout, with the best talents from both gangs being chosen to record. Some of the names to make the cut were Red-Rum-781, Sin Loc, Blue Ragg, Red Rag, Bloody Mary, and Lil' Stretch. Bangin on Wax was recorded in only two weeks and became an underground hit, selling over 400,000 copies and producing the popular single Piru Love. A second Bloods u0026 Crips album, The Saga Continues, came out in 1994, but was the last time the two gangs would collaborate. However, it was not the last of either the Bloods or Crips as artists. Ronnie Ron continues to issue albums from gang members on his Dangerous Records imprint under the names Nationwide Rip Ridaz (Crips) and Damu Ridaz (Bloods). Some of the MCs on Bangin on Wax went on to record as the Young Soldierz, and Domino, who went under the name Genuine Draft, had a hit pop-rap single in 1994 with Sweet Potatoe Pie. ~ Wade Kergan 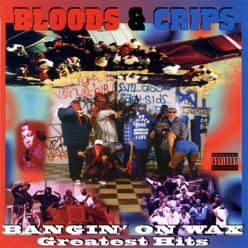 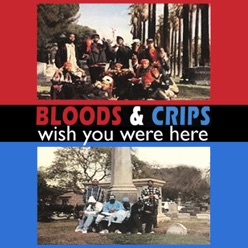 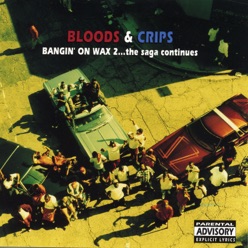