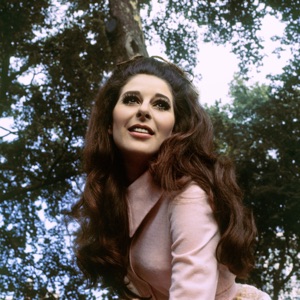 CIUDAD NATAL
Chickasaw County, MS
NACIMIENTO
27 de julio de 1942
Acerca de Bobbie Gentry
Bobbie Gentry remains one of the most interesting and underappreciated artists to emerge out of Nashville during the late '60s. Best-known for her crossover smash "Ode to Billie Joe," she was one of the first female country artists to write and produce much of her own material, forging an idiosyncratic, pop-inspired sound that, in tandem with her glamorous, bombshell image, anticipated the rise of latter-day superstars like Shania Twain and Faith Hill. Of Portuguese descent, Gentry was born Roberta Streeter in Chickasaw County, Mississippi, on July 27, 1942; her parents divorced shortly after her birth and she was raised in poverty on her grandparents' farm. After her grandmother traded one of the family's milk cows for a neighbor's piano, seven-year-old Bobbie composed her first song, "My Dog Sergeant Is a Good Dog," years later self-deprecatingly reprised in her nightclub act; at 13, she moved to Arcadia, California, to live with her mother, soon beginning her performing career in local country clubs. The 1952 film Ruby Gentry lent the singer her stage surname.nn After graduating high school, Gentry settled in Las Vegas, where she appeared in the Les Folies Bergère nightclub revue; she soon returned to California, studying philosophy at U.C.L.A. before transferring to the Los Angeles Conservatory of Music. In 1964, she made her recorded debut, cutting a pair of duets -- "Ode to Love" and "Stranger in the Mirror" -- with rockabilly singer Jody Reynolds. Gentry continued performing in clubs in the years to follow before an early 1967 recording a demo found its way to Capitol Records producer Kelly Gordon; upon signing to the label, she issued her debut single, "Mississippi Delta." However, disc jockeys began spinning the B-side, the self-penned "Ode to Billie Joe" -- with its eerily spare production and enigmatic narrative detailing the suicide of Billie Joe McAllister, who flings himself off the Tallahatchie Bridge, the single struck a chord on country and pop radio alike, topping the pop charts for four weeks in August 1967 and selling three million copies. Although the follow-up, "I Saw an Angel Die," failed to chart, Gentry nevertheless won three Grammy awards, including Best New Artist and Best Female Vocal. She was also named the Academy of Country Music's Best New Female Vocalist.nn With her second album, 1968's The Delta Sweete, Gentry returned to the country charts with the minor hit "Okolona River Bottom Band." Although her recordings were typically credited to Capitol staff producers, she later maintained she helmed the sessions herself and also wrote much of her own material, drawing on her Mississippi roots to compose revealing vignettes that typically explored the lifestyles, values, and even hypocrisies of the southern culture. Favoring more soulful and rootsy arrangements over the lavish countrypolitan style in vogue in Nashville at the time, Gentry's records sound quite unlike anything on either the country or pop charts at the time and her smoky, sensuous voice adapted easily to a variety of musical contexts. But to many listeners, she remained a one-hit wonder and her excellent third album, 1968's Local Gentry, received little notice. That same year, Gentry issued a duet album with Glen Campbell, returning to the country Top 20 with "Let It Be Me"; the duo regularly collaborated throughout the 1970s, scoring their biggest hit with a reading of "All I Really Want to Do."nn In 1969, Gentry reached her creative zenith with Touch 'Em With Love -- though cut in Nashville, the record owed far more to the gritty Ru0026B sounds emanating across the state in Memphis and generated her first U.K. number one, a smoldering rendition of the Burt Bacharach/Hal David perennial "I'll Never Fall in Love Again." The single's success also earned Gentry her own short-lived BBC television variety series. However, as her star diminished stateside, she became a fixture of the Las Vegas circuit, mounting an elaborate nightclub revue that she not only headlined but also wrote and produced, even overseeing the choreography and costuming. Gentry's 1969 marriage to Desert Inn Hotel manager Bill Harrah ended after only three months, but the following year she returned to the county and pop Top 40 with the title cut from her fifth album Fancy. In 1971, she issued her final Capitol effort, Patchwork, primarily confining her performing to her nightclub act for the next several years. A CBS summer replacement series, The Bobbie Gentry Happiness Hour, aired for four episodes in 1974; Gentry next surfaced on the big screen, credited as co-writer for a 1976 film adaptation of Ode to Billie Joe. After a second marriage, to fellow singer/songwriter Jim Stafford, ended in 1979 after only 11 months, Gentry gradually receded from public view, retiring from performing and eventually settling in Los Angeles. ~ Jason Ankeny 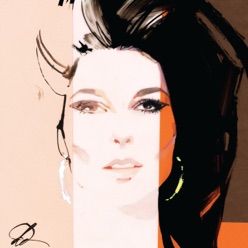 The Girl From Chickasaw County - The Complete Capitol Masters
2018 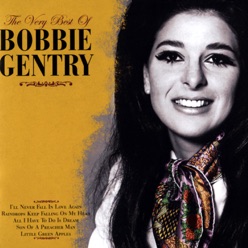 The Very Best of Bobbie Gentry
2008 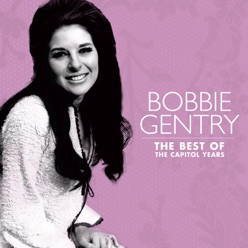