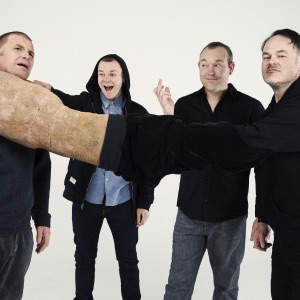 ORIGEN
Melbourne, Australia
FORMACIÓN
1991
Acerca de Bodyjar
The Melbourne, Australia, group Bodyjar began life around 1991 as a blistering rock foursome called Damnation. Members were guitarists Cameron Baines and Ben Petterson, bassist Grant Relf, and drummer Charles Zerafa. The band finished a couple of demos, and then changed its name to Helium for its third. By 1994, the power punk-pop group had settled into the name Bodyjar, signed to the Shagpile Records label, and recorded a debut EP, Time to Grow Up. The guys followed the EP with a full-length album, Take a Look Inside. There was also a change in members that year; Charles Zerafa stepped out and drummer Ross Hetherington moved in to replace him.nnThrough the rest of the '90s, Bodyjar reached a point of success in Australia, Japan, Europe, Canada, and the United States. In 1996, the group completed the album Rimshot! and a year later released the EP Strange Harvest. No Touch Red followed in 1998. In between recording time in the studio, Bodyjar increased its fan base by touring with groups like NOFX, the Offspring, blink-182, Face to Face, Spiderbait, and others.nnIn 1999, original member Ben Petterson departed from the band and was quickly replaced by guitarist Tom Read. For 2000, Bodyjar signed with EMI Records, put some bonus tracks on the debut album Take a Look Inside, and recorded a brand new album, How It Works, which eventually went gold. "Running Out of Time," "Five Minutes Away," and "Good Enough" are some of the melodic punk-pop tracks on this millennium offering. Plastic Skies followed in 2002. Two years later, Hetherington bowed out and was replaced on the drums by Shane Wakker. Armed with new management and a new record deal over at Shock Records, Bodyjar then returned with a self-titled album in late 2005, which further showcased their innate sense of melody amid an otherwise crunchy, guitar-driven sound. ~ Charlotte Dillon 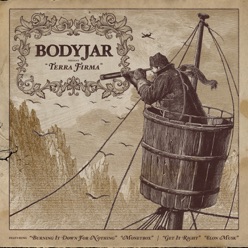 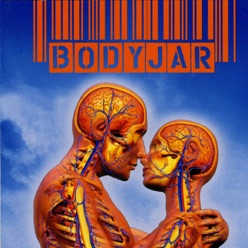 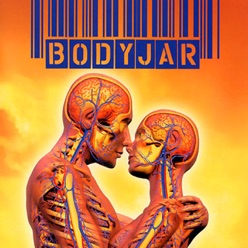