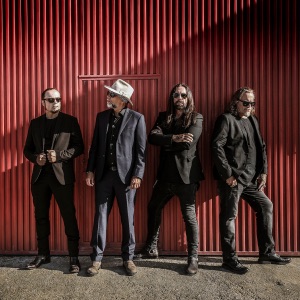 ORIGEN
Hösbach, Germany
FORMACIÓN
1980
Acerca de Bohse Onkelz
Böhse Onkelz were one of Germany's most successful and most controversial rock acts. Despite a series of best-selling LPs, the group was dogged throughout its career by charges of racism and extremist sympathies, and many retailers refused even to stock their recordings. Böhse Onkelz (a deliberate misspelling of the German for "Evil Uncles") formed in Hösbach in late 1980. Singer Kevin Russell, guitarist Stephan Weidner, and drummer Peter Schorowsky drew their formative influences from the Sex Pistols and the Ramones, with all the limited technical acumen such inspirations would imply. With the addition of guitarist Matthias "Gonzo" Röhr, Weidner moved to bass and Böhse Onkelz quickly evolved into one of the most popular bands on the Frankfurt punk circuit. In 1981, they made their recorded debut on the compilation Soundtrack zum Untergang 2, but as German punk began embracing the political leanings of the left, their music turned in the opposite direction, instead championing the emerging skinhead subculture. Böhse Onkelz's 1984 debut LP, Der Nette Mann, is widely considered the first German LP to explicitly celebrate skinhead values. Issued on the right-wing label Rock-O-Rama, anthems like "Stolz," "Vereint," and "Deutschland" were cited in the German government's decision to ban the album in September 1986.nnWith the follow-up, Böse Menschen -- Böse Lieder, Böhse Onkelz shifted away from politics to explore themes of substance abuse and violence, but found it impossible to shed its skinhead ties. Most damning were bootlegged demo sessions documenting early Weidner compositions like "Türken Raus" ("Turks Out"), "Deutschland den Deutschen" ("Germany for the Germans"), and "SS-Staat" ("SS State"), songs the group repeatedly denounced in the years to follow. Across the span of LPs including 1987's Onkelz Wie Wir... and the 1988 follow-up, Kneipenterroristen, Böhse Onkelz abandoned their punk origins in favor of an approach closer to heavy metal. The makeover earned the band its greatest commercial success to date, thrusting the group under even greater media scrutiny following the events of June 16, 1990, when longtime friend and associate Andreas "Trimmi" Trimborn was stabbed to death in a Frankfurt bar by a Bundeswehr soldier. The soldier was tried but found not guilty. In his ruling, the judge presiding over the case stated that the members of Böhse Onkelz and their inner circle had a history of violence, and that the stabbing was an act of self-defense. The resulting press nevertheless brought even greater attention to Böhse Onkelz's music, and 1992's Heilige Lieder entered the German Top Ten with minimal promotion and radio airplay. Many broadcasters banned the group from the air, however, and large German retail chains including Media Markt, World of Music, and Saturn refused to carry their records.nn Trimborn's death and the subsequent media backlash inspired the ambitious Weiß and Schwarz, a double-album set released in October 1993 as two separate LPs. With 1995's Hier Sind die Onkelz, Böhse Onkelz signed to major label Virgin. Around the same time, the bandmembers assigned confidant Edmund Hartsch to write their official biography in an effort to dispel the rumors and innuendo that continued to swirl around their politics. Titled Danke für Nichts, the book appeared in 1997 to strong sales and surprising critical acclaim. No other German band was ever so "used as a means for simple-minded political agitation," Hartsch wrote in his foreword. The phenomenal retail success of 1998's Viva los Tioz -- which sold more than 300,000 copies in its first 24 hours of release and debuted atop the German charts -- forced many stores to rethink their ban on the Böhse Onkelz catalog; their mainstream popularity was now so great that the band founded its own label, rule23, to release the 2000 follow-up, Ein Böses Märchen ...aus Tausend Finsteren Nächten. In the wake of 2002's Dopamin, Böhse Onkelz accepted an invitation to open for the Rolling Stones when the veteran British rockers headlined an August 3, 2003 performance at the Hanover Fairground. However, with the release of 2004's Adios, Böhse Onkelz announced their pending breakup. After a sold-out tour dubbed "La Ultima," the group played its farewell dates at the EuroSpeedway Lausitz on June 17 and 18, 2005.nnIn 2013, rumors started to circulate that Böhse Onkelz intended to re-form and, the following year, they did exactly that, playing a series of sold-out comeback shows to 200,000 fans at the Hockenheimring racetrack. Kevin Russell, who had several times over the years been at death's door due to his substance abuse issues, was clean and sober and in fine voice. In 2015 they played four more shows at the Hockenheimring, and a further series of dates, also sold out and to twice as many fans, in Baden-Württemberg. They also began work on a new album to be released in fall 2016 and followed by a tour of Germany, Austria, and Switzerland. ~ Jason Ankeny 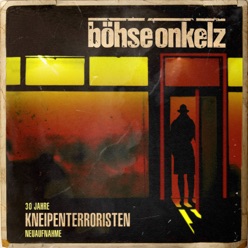 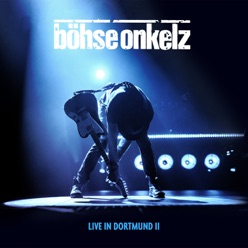 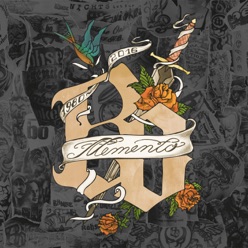