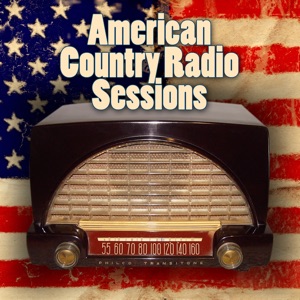 Acerca de Boudleaux Bryant
He became one of the greatest songwriters in country music history, but Boudleaux Bryant (b. February 13, 1920, Shellman, GA) studied classical violin from the age of five and played with the Atlanta Philharmonic during its 1938 season. He joined a country band that same year when a friend needed help and toured with Hank Penny's Radio Cowboys in the early '40s, but had switched his allegiance to jazz music when in 1945 he met Felice Scaduto (b. August 7, 1925, Milwaukee, WI), his future wife and songwriting companion.nnThey began writing songs together and sent "Country Boy" to Fred Rose, who bought the song and began Acuff-Rose Publishing's long association with the Bryants. Little Jimmy Dickens hit the country Top Ten with the song in June 1949. Carl Smith recorded the Bryants' "Hey Joe" in 1953 and it also became a hit; Frankie Laine's pop version the same year sold over a million copies. Later in the '50s, Felice and Boudleaux began to move into rock u0026 roll as well, writing a song for Buddy Holly plus most of the Everly Brothers' big hits: "Bye Bye Love," "Problems," "All I Have to Do Is Dream," "Wake Up Little Susie," and "Bird Dog."nnThough they had never completely deserted country, in the '60s the Bryants resumed their focus, writing hits for Jim Reeves and Sonny James, among others. In 1967, they left Acuff-Rose and formed their own House of Bryant publishing company. The classics continued to come during the '70s, and in 1979, Boudleaux produced the Bryants' first album as performers, All I Have to Do Is Dream -- known in the U.S. as A Touch of Bryant.nnBy the late '80s, it was estimated that Boudleaux and Felice's warehouse of 3,000 songs had sold over 300 million copies worldwide; that fact made them a shoo-in for the Nashville Songwriters Hall of Fame and even the Country Music Hall of Fame -- a rare honor for strict songwriters. Boudleaux died in June 1987, and Felice continued to write occasionally until her April 2003 death at age 77 in Gatlinburg, TN. ~ John Bush