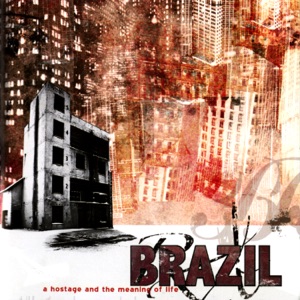 ORIGEN
Muncie, IN
Acerca de Brazil
Brazil began in Muncie, IN, around 2000, with a lineup that included brothers Nic and Jonathon Newby, Aaron Smith, Benjamin Hunt, Eric Johnson, and Scott Freeman. The sextet recorded a series of demos and began gigging whenever possible. Eventually their persistence paid off, and Brazil secured a deal with Fearless, who issued the Dasein EP in autumn 2002. Its ambitious mixture of post-hardcore freak-outs, experimental noise, and progressive piano movements didn't necessarily make a splash, but it did put Brazil on the touring map. By summer 2003, drummer James Sefchek had replaced Freeman, and the band adjourned to the studio to record their full-length. The LP, A Hostage and the Meaning of Life, appeared on Fearless in May 2004. It was supported by a brief tour in support of Coheed u0026 Cambria; a round of Warped Tour appearances were planned for that summer. Brazil returned with The Philosophy of Velocity in October 2006, their first for Immortal. ~ Johnny Loftus