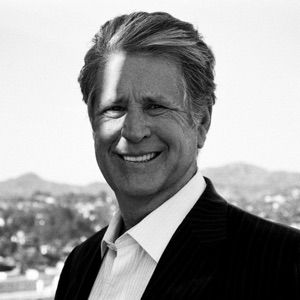 CIUDAD NATAL
Hawthorne, CA
NACIMIENTO
20 de junio de 1942
Acerca de Brian Wilson
Brian Wilson is arguably the greatest American composer of popular music in the rock era. Born and raised in Hawthorne, California, he formed the Beach Boys in 1961 alongside his two younger brothers, cousin Mike Love, and school friend Alan Jardine. Serving as the group's primary songwriter, Wilson combined the rock urgency of Chuck Berry with the harmonies of the Four Freshmen before expanding his musical imagination during the late '60s, during which time he experimented with new songwriting structures and production techniques. Wilson retreated from his dominance of the Beach Boys after 1967, yielding most of the control to his younger brother Carl. (He made sporadic contributions to their records, returning only briefly in the 1970s and 2010s, the latter as part of a special 50th anniversary tour and album.) Following a long period of drug addiction, mental illness, and general isolation, Wilson issued his first solo album in 1988. Despite the promising lead single "Love and Mercy," commercial success proved elusive; ironically, the Beach Boys had recorded their own comeback record around the same time and wound up topping the charts with "Kokomo." Wilson attempted to find his footing with a second solo album, Sweet Insanity, which was rejected outright by Sire and permanently shelved.nnThe 1990s signaled a creative resurgence and coming to terms with his immense influence. It began with a reunion; he recorded the collaborative album Orange Crate Art with mid-'60s collaborator Van Dyke Parks -- it featured Parks' songwriting and Wilson's vocals. That same year, Wilson was the subject of a documentary feature, I Just Wasn't Made for These Times, for which he also recorded a full soundtrack. Following those releases was 1998's Imagination, which included several throwbacks to his lush Beach Boys productions of the 1960s; still, it failed to entice a wide commercial audience.nnDuring his time with the Beach Boys, Wilson had often remained at home -- or in the studio -- while the rest of the group set out on tour. Things started to change in the early 2000s, when he began touring as a solo act (often accompanied by a large backing band) and released a pair of live titles: Live at the Roxy Theatre (2000) and Pet Sounds Live (2002). He also prepared a studio album, Gettin' in Over My Head, released in 2004. It was partially overshadowed by Wilson's next project: preparing the legendary Beach Boys record SMiLE for its live debut, as well as making new studio recordings of its songs. He debuted the new SMiLE at the Royal Festival Hall in London on February 20, 2004, and recorded it in the studio that April. Both the live and studio versions earned rapturous reviews, prompting Wilson to launch a full world tour in support of the Grammy-winning album. The seasonal effort What I Really Want for Christmas followed in October 2005.nnWilson began preparing another thematic work after he was commissioned by London's Southbank Centre to help kick off the venue's 2007 season. The result was That Lucky Old Sun, a concept album based on the Great American Songbook and including the participation of his SMiLE band as well as Van Dyke Parks. That Lucky Old Sun premiered at the Royal Festival Hall in September 2007 and was released as a studio album later that year. Wilson returned to the studio two years later, this time to put his own stamp on a number of George Gershwin covers. (At the request of Gershwin's estate, he also completed two piano compositions that were unfinished by Gershwin at the time of his death.) Brian Wilson Reimagines Gershwin was released in August 2010, marking Wilson's first album for the Disney-affiliated Pearl label. Wilson's second project for Pearl, In the Key of Disney, arrived the following year, and featured 11 classic Disney songs.nnIn 2012, Wilson officially reunited with the Beach Boys. (All four surviving members of the classic lineup had contributed to a track from Al Jardine's 2011 album, Postcard from California.) The group toured and recorded during the first half of 2012, and in June of that year released That's Why God Made the Radio, their first original album with Wilson in more than 15 years. The album debuted at number three on the Billboard charts and earned positive reviews. After the summer tour, however, Mike Love returned to touring the Beach Boys with only himself and Bruce Johnston as members of the classic lineup, leaving behind Wilson and Jardine.nnBy 2014, Wilson began recording as a solo act again, with songs that he had initially written for a Beach Boys album. Instead, he recruited guest stars for the venture, including She u0026 Him's Zooey Deschanel and M. Ward, Fun.'s Nate Ruess, Kacey Musgraves, Capital Cities' Sebu Simonian, and former Beach Boys Al Jardine, David Marks, and Blondie Chaplin. (Musicians for the project featured classic session players such as Jim Keltner, Kenny Aronoff, Dean Parks, and Don Was.) The results appeared on Capitol in April 2015, under the title No Pier Pressure. The following year marked the 50th anniversary of the Beach Boys' landmark Pet Sounds album, and Wilson embarked on a world tour to commemorate the iconic LP. That summer also saw the release of a new live album and DVD from the No Pier Pressure tour under the title Brian Wilson and Friends. As the Pet Sounds tour spilled into 2017, with dates in Europe and the U.K. during the summer and a North American stint in September, Wilson also released a compilation that spanned his 30-year solo career. Arriving in late September on Warner, Playback: The Brian Wilson Anthology included picks from all of his nine solo records alongside two previously unreleased tracks, "Run James Run" and "Some Sweet Day." ~ William Ruhlmann u0026 John Bush 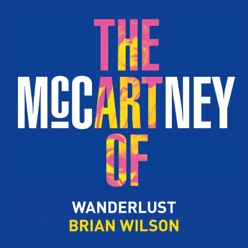 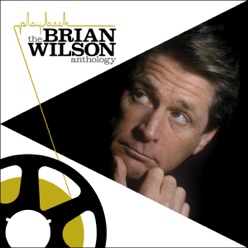 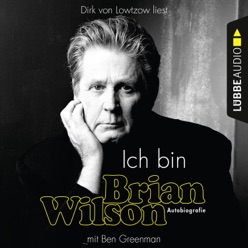