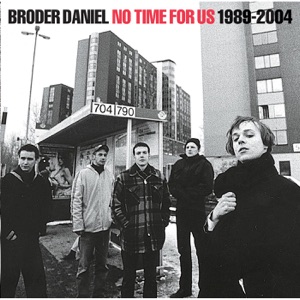 Acerca de Broder Daniel
Maybe Broder Daniel's strongest impression on the public mind is the singer Henrik Berggren's star-spangled face. But merging the outsider perspective of the Smiths with a frantic energy and simple lyrics, few bands had the same influence on the Swedish indie scene in the mid-'90s.nn The band was formed in the late '80s by schoolmates Henrik Berggren and Daniel Gilbert. But not taking things too seriously, it took until 1995 to get the first single, "Cadillac," out. Two months later, the debut album Saturday Night Engine was released, and knowing the publicity it would later get, it is hard to think that it only sold around 5000. Soon after the release, Gilbert quit the band and was replaced by Theodore Jensen. When Broder Daniel was released in 1996, the band had gathered a large number of fans and a reputation of smashing hotel rooms and turning up drunk to concerts, a rumor (well-founded or not) that made a number of arrangers boycott them. If equaled with the desperation they showed on stage, this rock u0026 roll cliché was very different from how the band appeared in their lyrics and in person. Broder Daniel's image was very much built on teenage angst and hopeless naïve love, expressed in simple repetitive lyrics with Berggren saying in interview after interview that he only wants someone to take care of him, like his mother. Guitarist Johan Enerskog left the band in 1997, and the same year, Håkan Hellström returned after playing with Honey Is Cool. Being loved by indie kids and much of the music press, their teenage lyrics, stagy appearance, and Berggren's out-of-key singing also made a lot of people dislike them and maybe stopped them from selling really well. By having the songs "Underground," "I'll Be Gone," and "Whirlwind" from the album Broder Daniel included on the soundtrack of the extremely successful film Fucking Åmål, they managed to widen their audience considerably, as with the third album, Broder Daniel Forever. Released in 1998, it left some of the effective simplicity behind, taking a step towards the mainstream of indie pop. What had earlier made them slightly different in this genre had been their energy and extrovert attitude.nnIn the following two years, Broder Daniel released a single and a singles collection, and it was questioned whether they still existed as a band. The answer was always yes, but when bassist Håkan Hellström had a huge success with his solo album Känn Ingen Sorg För Mig Göteborg, and Theodor Jensen formed the Plan, the future of Broder Daniel seemed unsure. ~ Lars Lovén 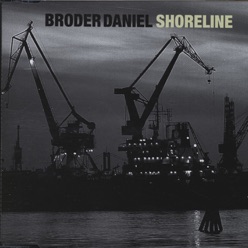 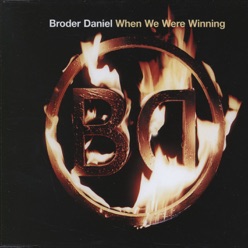 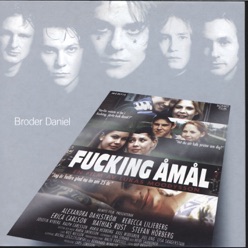