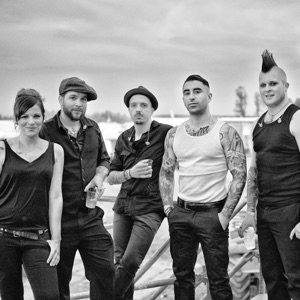 ORIGEN
Dusseldorf, Germany
FORMACIÓN
1992
Acerca de Broilers
A German punk band whose influences range from Oi!, ska, and rockabilly to no-frills hard rock and revved-up pop, the Broilers hail from Dusseldorf and began playing together in 1992. The group was founded by singer and guitarist Sammy Amara and drummer Andreas "Andi" Brügge, who were only 12 years old at the time. Inspired by the Clash, the Sex Pistols, and German funny-punk band Die Toten Hosen, the two chose the name the Broilers because it had "oi" in it, and they slowly expanded into a full band with the addition of guitarist Pascal Goßen in 1994, and bassist Ines Maybaum in 1995. In 1996, the teenage punks recorded their debut EP, a three song release titled Schenk Mir Eine Blume (Give Me a Flower), and a year later, the Broilers dropped their first full-length album, Fackeln im Sturm Arme Lichter im Wind (Torches in the Storm ... Poor Lights in the Wind). In 1998, Goßen left the band, and Michael Menke took over on guitar. As the band gained prominence on the European rock scene, they toured steadily and continued to record, releasing Verlierer Sehen Anders Aus (Losers Look Different) in 2000 and Lo Fi in 2004. During this period, Menke dropped out of the lineup, and Ronald "Ron" Hubner became the band's new guitarist. In 2007, the Broilers signed with the People Like You label, and released Vanitas, which found the band moving away from punk into a more straightforward rock sound. As the group's sound became more accessible, they expanded to a five-piece with the addition of a keyboard player, Christian "Chris" Kubczak. In 2011, the Broilers released Santa Muerte, which became their commercial breakthrough, rising to number three on the German album charts. The band launched a successful live tour in support, which led to a 2012 concert album, Santa Muerte Live Tapes. 2014's Noir was another major success for the group, rising all the way to number one on the German charts. The Broilers left People Like You to form their own label, Skull u0026 Palms Recordings (distributed by Warner Music Group) in a bid for greater freedom. The group launched Skull u0026 Palms with the 2017 release [Sic!], which once again took the Broilers to the top of the German charts. ~ Mark Deming 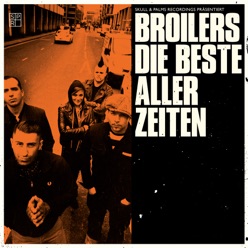 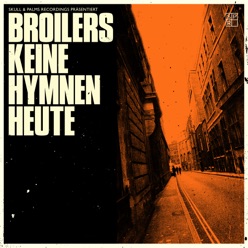 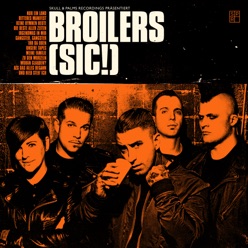