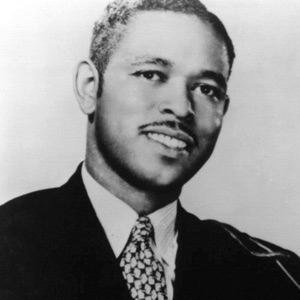 CIUDAD NATAL
Knoxville, TN
NACIMIENTO
30 de noviembre de 1915
Acerca de Brownie McGhee
Brownie McGhee's death in 1996 was an enormous loss in the blues field. Although he had been semi-retired and suffering from stomach cancer, the guitarist was still the leading Piedmont-style bluesman on the planet, venerated worldwide for his prolific activities both on his own and with his longtime partner, blind harpist Sonny Terry. Together, McGhee and Terry worked for decades in an acoustic folk-blues bag, singing ancient ditties like "John Henry" and "Pick a Bale of Cotton" for appreciative audiences worldwide. But McGhee was capable of a great deal more. Throughout the immediate postwar era, he cut electric blues and Ru0026B on the New York scene, even enjoying a huge Ru0026B hit in 1948 with "My Fault" for Savoy (Hal "Cornbread" Singer handled tenor sax duties on the 78).nnWalter Brown McGhee grew up in Kingsport, Tennessee. He contracted polio at the age of four, which left him with a serious limp and plenty of time away from school to practice the guitar chords that he'd learned from his father, Duff McGhee. Brownie's younger brother, Granville McGhee, was also a talented guitarist who later hit big with the romping "Drinkin' Wine Spo-Dee-O-Dee"; he earned his nickname, "Stick," by pushing his crippled sibling around in a small cart propelled by a stick.nnA 1937 operation sponsored by the March of Dimes restored most of McGhee's mobility. Off he went as soon as he recovered, traveling and playing throughout the Southeast. His jaunts brought him into contact with washboard player George "Oh Red" (or "Bull City Red") Washington in 1940, who in turn introduced McGhee to talent scout J.B. Long. Long got him a recording contract with OKeh/Columbia in 1940; his debut session in Chicago produced a dozen tracks over two days.nnLong's principal blues artist, Blind Boy Fuller, died in 1941, precipitating Okeh issuance of some of McGhee's early efforts under the sobriquet of Blind Boy Fuller No. 2. McGhee cut a moving tribute song, "Death of Blind Boy Fuller," shortly afterward. McGhee's third marathon session for OKeh in 1941 paired him for the first time on shellac with whooping harpist Terry for "Workingman's Blues."nnThe pair resettled in New York in 1942. They quickly got connected with the city's burgeoning folk music circuit, working with Woody Guthrie, Pete Seeger, and Leadbelly. After the end of World War II, McGhee began to record most prolifically, both with and without Terry, for a myriad of Ru0026B labels: Savoy (where he cut "Robbie Doby Boogie" in 1948 and "New Baseball Boogie" the next year), Alert, London, Derby, Sittin' in With, and its Jax subsidiary in 1952, Jackson, Bobby Robinson's Red Robin logo (1953), Dot, and Harlem, before crossing over to the folk audience during the late '50s with Terry at his side. One of McGhee's last dates for Savoy in 1958 produced the remarkably contemporary "Living with the Blues," with Roy Gaines and Carl Lynch blasting away on lead guitars and a sound light years removed from the staid folk world.nnMcGhee and Terry were among the first blues artists to tour Europe during the '50s, and they ventured overseas often after that. Their plethora of late-'50s and early-'60s albums for Folkways, Choice, World Pacific, Bluesville, and Fantasy presented the duo in acoustic folk trappings only, their Piedmont-style musical interplay a constant (if gradually more predictable) delight. McGhee didn't limit his talents to concert settings. He appeared on Broadway for three years in a production of playwright Tennessee Williams' Cat on a Hot Tin Roof in 1955, and later put in a stint in the Langston Hughes play Simply Heaven. Films (Angel Heart, Buck and the Preacher) and an episode of the TV sitcom Family Ties also benefited from his dignified presence. The wheels finally came off the partnership of McGhee and Terry during the mid-'70s. Toward the end, they preferred not to share a stage with one another (Terry would play with another guitarist, then McGhee would do a solo), let alone communicate. One of McGhee's final concert appearances came at the 1995 Chicago Blues Festival; his voice was a tad less robust than usual, but no less moving, and his rich, full-bodied acoustic guitar work cut through the cool evening air with alacrity. His like won't pass this way again. ~ Bill Dahl 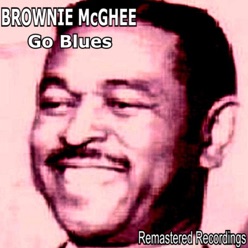 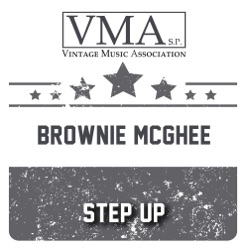 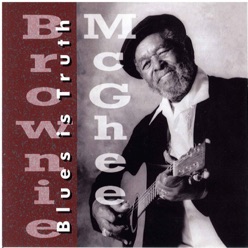