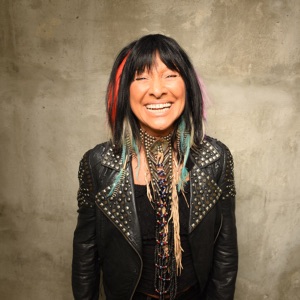 CIUDAD NATAL
Piapot Reserve, Saskatchewan, Can
NACIMIENTO
20 de febrero de 1941
Acerca de Buffy Sainte-Marie
Buffy Sainte-Marie has enjoyed a long career that has seen her rise to stardom on the folk circuit and try her hand at country, rock, soundtrack themes, acting, activism, and children's television. For most listeners, she remains identified with the material she wrote and sang for Vanguard in the mid-'60s. Many of her songs addressed the plight of the Native American, particularly "Now That the Buffalo's Gone" and "My Country 'Tis of Thy People You're Dying," which generated the most controversy. Yet she was also skilled at addressing broader themes of war and justice ("Universal Soldier") and romance ("Until It's Time for You to Go"). She was also a capable interpreter of outside material, although her idiosyncratic vibrato made large-scale commercial success out of the question.nnSainte-Marie was born to Cree Indian parents and adopted by a white family. Signed to Vanguard, she was one of the folk scene's more prominent rising stars in the '60s, and certainly the only widely heard performer articulating Native American viewpoints in song. Much of her best material from this era, however, gained its greatest commercial inroads via cover versions. "Universal Soldier" was one of Donovan's first hits. "Until It's Time for You to Go," perhaps her best composition, was covered by numerous pop singers, and became a big British hit for Elvis Presley in the early '70s. "Cod'ine," one of the few '60s songs to explicitly address the dangers of drugs, was covered by California rock bands Quicksilver Messenger Service and the Charlatans.nnSainte-Marie didn't pigeonhole herself as a folkie, though, recording in Nashville in the late '60s in attempts to break into the country market. In the '70s, she would make some rock records, including one (1971's She Used to Wanna Be a Ballerina) with contributions from Ry Cooder and Crazy Horse. These country and rock outings were far less successful, both commercially and artistically, than her early folk efforts.nnBut Sainte-Marie was never as reliant on selling units as most musicians. She kept busy with a long-running stint on Sesame Street, performing benefits for and organizing on behalf of Native Americans, and composing for movies (she won an Oscar for the theme to An Officer and a Gentleman, co-written with her husband, producer Jack Nitzsche). She hadn't made an album for 15 years before issuing Coincidence and Likely Stories in 1992. It was another 17 years before her next, the wonderful Running for the Drum, appeared in 2009.nn Sainte-Marie did some limited touring to support the album while continuing her work as an activist and educator. True North licensed Running for the Drum and re-released it in 2014. They also signed her to a new album deal. Power in the Blood appeared in the spring of 2015. Recorded in Toronto with producers Michael Phillip Wojewoda, Jon Levine, and Chris Birkett, it contained two covers -- the title tune by Alabama 3 and UB40's "Sing Our Own Song" -- surrounded by reworked tunes from her catalog and new material. 2017's Medicine Songs, a collection of songs of unity and resistance, followed a similar template, featuring two new tunes along with 11 reworked and updated numbers from throughout Sainte-Marie's career. ~ Richie Unterberger u0026 Steve Leggett 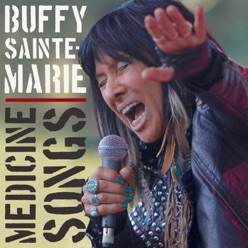 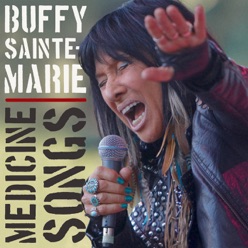 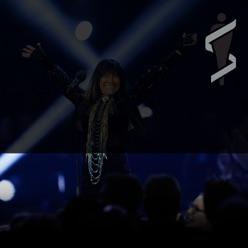