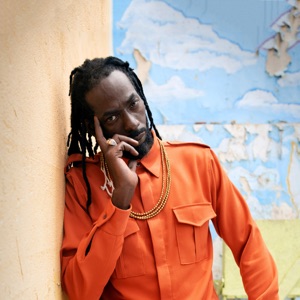 CIUDAD NATAL
Kingston, Jamaica
NACIMIENTO
15 de julio de 1973
Acerca de Buju Banton
Buju Banton was one of the most popular dancehall reggae artists of the '90s. Debuting with a series of popular "slack" singles, which drew criticism for their graphic sexuality and homophobia, Banton converted to Rastafarianism and revolutionized dancehall by employing the live instrumentation and social consciousness of classic roots reggae. He first adopted the approach on his 1995 classic 'Til Shiloh, which raised hopes among his fans that he would become dancehall's great international ambassador, as Bob Marley had been for roots reggae. While that never quite materialized, Banton remained a high-profile star into the new millennium.nnBuju Banton was born Mark Anthony Myrie on July 15, 1973, in the Kingston slum of Salt Lane. Buju was his childhood nickname, a word for breadfruit that was often applied to chubby children; he would later adopt Banton in tribute to one of his earliest musical influences, Burro Banton. He was one of 15 children; his mother was a street vendor, and he was directly descended from the colonial-era freedom fighters known as the Maroons. Banton first tried his hand at DJing and toasting at age 13, performing with local sound systems. He made his first recording not long after, with the 1986 Robert Ffrench-produced single "The Ruler." He continued to record through 1987, then took some time off to allow his voice to mature. He returned in the early '90s with a rough growl comparable to that of Shabba Ranks.nnIn 1991, Banton began recording for Donovan Germain's Penthouse label, often teaming with engineer/producer/songwriter Dave "Rude Boy" Kelly. Debuting for the label with "Man Fi Dead," his first major hit was "Love Mi Browning," an ode to light-skinned women that drew the ire of Jamaica's sizable darker-skinned population. As penance, he released a follow-up single called "Love Black Woman," but courted even more controversy with "Boom Bye Bye," a notoriously homophobic track that seemingly advocated violence against gays. Other hits of the period included "Batty Rider," "Bogle," and "Women Nuh Fret," among many others; in fact, 1992 saw Banton break Marley's record for the most number one singles in one year. His debut album, Mr. Mention, was a smash hit that year as well, and he signed an international major-label deal with Mercury.nnThe Voice of Jamaica album, released in 1993, introduced Banton to the world outside Jamaica, and gave him a huge hit in the celebratory safe-sex anthem "Willy (Don't Be Silly)." Other singles from the album included "Operation Ardent," a critique of police corruption, and "Deportees (Things Change)," which castigated emigrants who refused to share their overseas earnings with the family back in Jamaica. In early 1994, Banton released the monumental single "Murderer," an impassioned indictment of dancehall culture and gun violence recorded after the shooting deaths of fellow dancehall DJs Panhead and Dirtsman.nnAs well-received as Voice of Jamaica was, it was the 1995 follow-up, 'Til Shiloh, that would rank as Banton's masterpiece. A fusion of dancehall with live instrumentation and classic roots reggae, 'Til Shiloh consolidated Banton's move into social awareness and adopted a more mature, reflective tone that signaled Banton's arrival as an artist able to make major creative statements. His follow-up, 1997's Inna Heights, continued in a similarly rootsy vein and won only slightly less acclaim than its much-heralded predecessor. In 1999, Banton recorded with the punk band Rancid and subsequently signed with the punk label Epitaph's eclectic Anti subsidiary. In 2000, he delivered his Unchained Spirit, which found him growing more eclectic in a quest to cross over to the international market; it also featured a successful duet with Beres Hammond on "Pull It Up." After a three-year break from album releases, Banton returned on Atlantic in 2003 with Friends for Life, a crossover-friendly record with elements of hip-hop, Ru0026B, and pop (and very little of the roots-dancehall hybrid that had catapulted him to stardom). Unhappy with the support he was given at the major labels, Banton started his own label, Gargamel Music, and released the single "Magic City" in 2004. The single was a preview of his next album, Rasta Got Soul, but an arrest on ganja cultivation charges sent him into legal battle for the next two years. When it all ended in a fine, he unleashed his strictly dancehall album Too Bad featuring the huge Jamaican hit "Driver A." The much more traditional Rasta Got Soul finally appeared in 2009. ~ Steve Huey 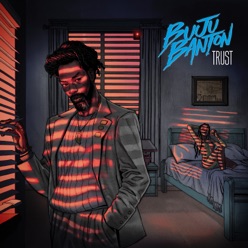 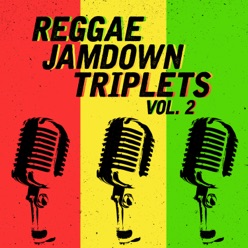 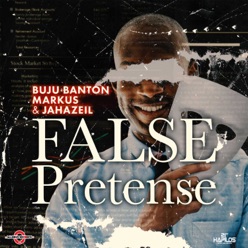