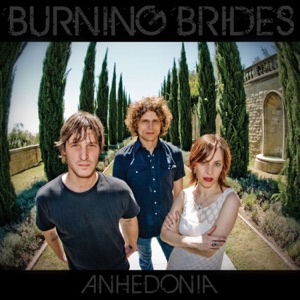 ORIGEN
Philadelphia, PA
FORMACIÓN
1999
Acerca de Burning Brides
Burning Brides formed in Philadelphia in the spring of 1999. According to their label bio, Dimitri Coats (vocals/guitar) and his longtime girlfriend/musical partner Melanie Campbell (bass) dropped out of Juilliard art school (studying acting and dance, respectively) and spent two long years together "traversing the country in search of an environment responsive to their rock needs." They reportedly lived in San Francisco, Portland, OR, and Boston (where Coats grew up) before settling in the south Philly area, where they joined forces with drummer Mike Ambs and formed this heavy rock trio. They soon began drawing large crowds to their local shows as word of their aggressive stage presence began to spread. After first being scouted by several other labels, they eventually signed with the local File 13 imprint, then hit the road to tour the U.S. with musicians/groups like J Mascis, Zen Guerilla, and the Greenhornes while steadily building a growing fan base. Their debut album, Fall of the Plastic Empire, was recorded in 2000 and upon its release the following year drew raves from several national music magazines that began pegging them as a garage rock band "on the verge." Plastic Empire was eventually picked up by V2, and the Brides got the word out through near constant touring. The label issued Leave No Ashes, their incendiary follow-up, two years later; it featured guest shots from types like Mike Watt and George Drakoulias. Though fans and critics took to the album enthusiastically, it never got the push it deserved from the label and the band started breaking down. After their only headlining tour, Ambs made his exit, and the two remaining Brides relocated to Los Angeles, got married, and started putting things back together. They recruited new skinsman Pete Beeman (ex-Guzzard) and managed to get out of their V2 contract with enough money in their pocket to finance the next Burning Brides record. Hang Love was recorded over the course of one month and eventually self-released in June 2007. ~ Bryan Thomas 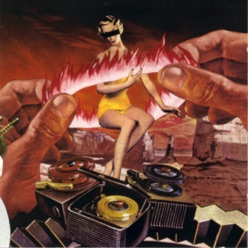 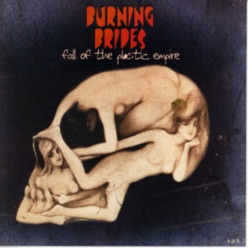 Fall of the Plastic Empire
2016 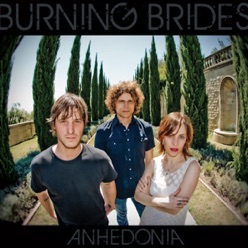