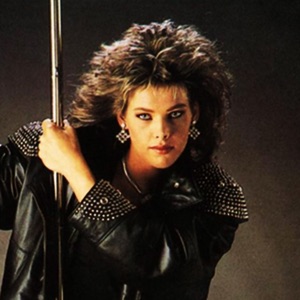 CIUDAD NATAL
Oss, Holland
NACIMIENTO
31 de julio de 1963
Acerca de C.c. Catch
Born Caroline Catharina Müller in the Netherlands, she moved with her family to Germany in the late '70s. In 1980, she became a member of the girl quartet Optimal, who issued two singles. During one of the band's concerts in Hamburg, she was approached by songwriter/producer Dieter Bohlen who had just taken the continental charts by storm with his duo Modern Talking. She signed up with Bohlen who then changed her stage name to C.C. Catch, and the debut single of the newly christened singer -- "I Can Lose My Heart Tonight" -- was released in the summer of 1985.nnHer collaboration with Bohlen lasted until 1989, resulted in four albums and 12 singles, and made C.C. Catch a queen of continental discos. However, the artist felt that she was largely perceived as a female version of Bohlen's own band Modern Talking, and she wanted to diversify her repertoire by contributing her own material. After Bohlen denied her request, the singer decided not to renew the contract with her producer and Hansa Records. She subsequently won in court the right to use the name C.C. Catch and her first album without Bohlen -- tellingly titled Hear What I Say -- came out in the end of 1989. Produced in London by Andy Taylor, Dave Clayton, and Jo Dworniak, it was markedly different in style from her previous releases and contained seven songs co-written by the artist herself. The album was only a moderate success, possibly because the public had a hard time accepting her drastic change of style. C.C. Catch's former label Hansa might have also contributed to that situation, by simultaneously issuing a compilation of her Bohlen-produced hits. Subsequently, C.C. Catch retired from the music business, became interested in meditation, and married a yoga teacher in London. However, she agreed to collaborate on the 1998 collection of her greatest hits and reportedly began working on a new album. ~ Yuri German