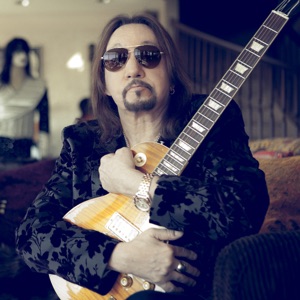 CIUDAD NATAL
New York, NY [The Bronx]
NACIMIENTO
27 de abril de 1951
Acerca de Ace Frehley
Along with Eddie Van Halen, Kiss' Ace Frehley inspired numerous up-and-coming rockers to pick up the guitar in the 1970s, and by the next century he was listed by just about every contemporary rock guitarist as an important influence. Operating under the glossy, platform boot-bolstered persona Spaceman (sometimes Space Ace), Frehley played with Kiss from the group's inception in 1973 to 1982, when he embarked on a successful solo career. He rejoined the group in 1998 for their international reunion tour, and stayed with them through 2002, eventually returning to his solo work in 2009 with the release of Anomaly. Having beaten his addiction to drugs and alcohol in the interim, Frehley enjoyed a creative surge in the 2010s, issuing a string of well-received albums like Space Invader (2014) and Spaceman (2018), and releasing a popular 2011 autobiography, No Regrets: A Rock 'N' Roll Memoir.nn Born Paul Frehley on April 27, 1951, in the Bronx, New York, Frehley began playing guitar when he received an electric six-string for his 14th birthday in 1965. Already a big fan of the Rolling Stones, he was blown away when he caught a multi-band live show in N.Y.C. in early 1967, featuring both the Who and Cream, among others, which solidified his desire to pursue rock guitar more seriously (and put a promising art career on the back burner). Frehley began playing in local bands soon after, adding both Led Zeppelin and Jimi Hendrix to his influences -- and around this time, adopted the nickname "Ace." Although none of the bands he played with had taken off, he answered an ad in a local paper for a new hard rock, theatrically based group in early 1973.nn A few weeks after his initial tryout, Frehley was hired as the lead guitarist for the new quartet, joining bassist/singer Gene Simmons, rhythm guitarist/singer Paul Stanley, and drummer Peter Criss to form the band Kiss. By year's end, the greasepaint- and costume-wearing band was signed to Casablanca Records, and by 1978, had become one of the world's top hard rock bands. A string of platinum albums and sold-out tours lasted from 1975-1979, until the trappings of fame threatened to break up the band. Frehley's best friend in the band, Criss, left Kiss in 1980, as the group unsuccessfully experimented with non-metal styles. Ace Frehley's use of alcohol and drugs increased due to his ever-increasing unhappiness in the band, and, by 1982, he'd exited Kiss.nn Within a year or two after his split from Kiss, Ace began putting his own solo band together, Frehley's Comet. The band played local N.Y.C. clubs, but failed to issue a record until 1987's self-titled debut for Megaforce Records. Instead of following the heavy metal direction of his exceptional 1978 solo album, Frehley's Comet tried to keep pace with the current pop-metal movement (Mötley Crüe, etc.), issuing two other albums (and a live EP) by 1989. Around this time, Frehley put his old art talents to use once again through computer graphics, with a few of his images even being featured in an art exhibit. Despite mudslinging in the press between Simmons/Stanley and Frehley in the early '90s, all four original Kiss members made up in time to reunite for a 1995 taping of MTV Unplugged. The taping was such a success that it led to a full-blown reunion of the original lineup, resulting in the massively successful 1996-1997 Alive Worldwide Tour.nn Frehley continued as a member of Kiss until the end of their Farewell Tour (lasting longer than fellow original member Peter Criss, who dropped out in 2001). Live appearances, including gigs at the massive Rocklahoma festival, kept Ace busy until 2009, when he released the album Anomaly on his own label, Bronx Born Records. In 2011 he published No Regrets, a detailed and frank memoir that recounted, among other things, his aforementioned struggles with alcohol and cocaine addiction. In 2013 he celebrated seven years of sobriety and spent much of that year appearing at horror, sci-fi, and pop culture conventions.nn The following April, after a long wait, Kiss was inducted into the Rock u0026 Roll Hall of Fame, before August brought the release of Space Invader, a solo album that took a heavier approach than Anomaly. Released in 2016, Origins, Vol. 1 was an all-covers album featuring songs from Ace's favorite bands, up to and including Kiss, with new versions of "Parasite" and "Cold Gin" sitting next to songs from Thin Lizzy and Cream. The following year, Frehley joined Kiss bassist/vocalist Simmons on-stage at a Hurricane Harvey benefit for the Children Matter organization in St. Paul, Minnesota. It was the first time the former bandmates had performed together in over 16 years. In 2018 Frehley issued his eighth solo long payer, Spaceman, which featured a power pop cover of Eddie Money's "I Wanna Go Back" and the rowdy single "Rockin' with the Boys," the latter of which was written during Kiss' '70s heyday. ~ Greg Prato 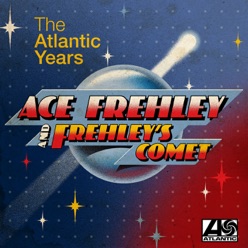 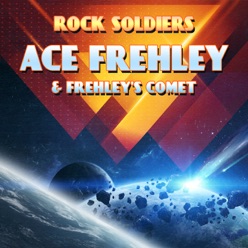 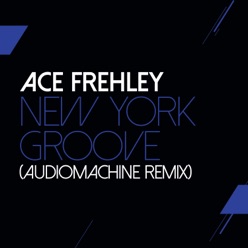