CIUDAD NATAL
Marlow, OK
NACIMIENTO
30 de julio de 1989
Acerca de Cady Groves
A vocalist and songwriter whose music blends upbeat pop with personal themes, Cady Groves was born in Marlow, Oklahoma on July 30, 1989. One of seven siblings, Groves soaked up early musical influences as a child from her mother (who liked Phil Collins and Amy Grant) and her stepfather (who was into Lynyrd Skynyrd and Styx), and has cited hearing Frank Sinatra and Alanis Morissette on the radio in the family's van as experiences that made her want to write and sing her own songs. Groves graduated from high school when she was just 16, and while she was keenly interested in songwriting, her family discouraged her from making music a career, and she instead attended culinary school in Scottsdale, Arizona. Eventually, Groves was inspired to follow her dreams after the death of her brother, and she began focusing on her songwriting, initially intending to present her work to other artists to record. But when a session vocalist failed to show up after Groves booked time to record demos of her latest batch of songs, Groves sang them herself with the encouragement of the engineers on the session, and the material grew into Groves' first independent EP, 2009's A Month of Sundays. An album, The Life of a Pirate, followed in 2010, and as her social media pages began attracting impressive traffic, several major record labels began bidding for her services. In 2010, Groves signed with RCA, and set out on her first nationwide concert tour, opening a package show that featured Third Eye Blind, Good Charlotte, and All Time Low.nn RCA paired Groves with several producers and songwriters (including Savan Kotecha and Kristian Lundin) as she began work on her first major-label album, but one would-be collaborator lured her into a romantic relationship, and when Groves discovered he was married, she channeled her anger and betrayal into a song called "This Little Girl." RCA released "This Little Girl" as a single in August 2011, and produced a music video for the tune that featured a cameo from country star Blake Shelton, who had struck up a friendship with the singer on Twitter. RCA released a four-song EP including the tune (as well as another proposed single, "We're the Sh!t"), which Groves supported with a tour supporting pop/rockers Hot Chelle Rae, but when the single and EP both failed to live up to expectations, RCA opted not to release the album Groves had already completed. Groves bided her time, and made a guest vocal appearance on an album by the band Pluginstereo. In June 2012, RCA released another Groves single, "Love Actually," which appeared as a bonus track on Now That's What I Call Music, Vol. 43, and when Groves' "Forget You" appeared on the soundtrack to Smurfs 2 in the summer of 2013, RCA produced a music video for the song, anticipating major sales as the album included a new song from Britney Spears. When the Smurfs 2 soundtrack fizzled on the charts, Groves became disenchanted with her relationship with RCA and asked to be released from her contract. The label agreed, and for a while Groves settled in Kansas, where by day she worked in a gourmet candy shop and at night updated her social media pages and posted demos for many of the songs she never got a chance to release while on RCA. In May 2015, Groves returned with a new self-released single and video for the song "Crying Game," a dark, personal song inspired by her tumultuous childhood and strained family relationships. ~ Mark Deming 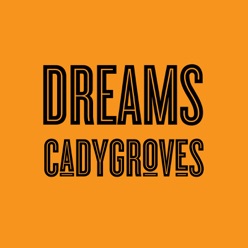 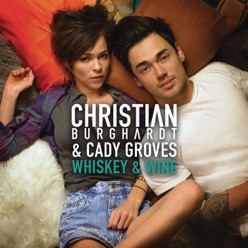 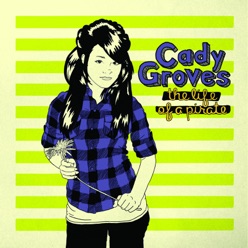