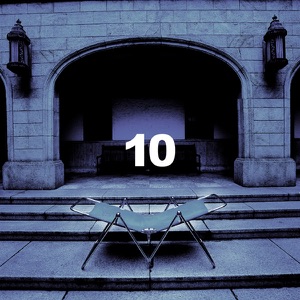 Acerca de Cali≠Gari
Combining the name inspired by the classic horror flick The Cabinet of Dr. Caligari and music that drew on new wave, techno, and rockabilly with bits of visual kei, Cali Gari were the founding fathers of the "Ero guro" musical style. The name is an abbreviation for "erotic grotesque," and the style, inspired by the artistic movement of interbellum Japan, became the Japanese answer to Western shock rock, taking the shock aesthetic and dark humor further than most American and European artists dared or cared to. The band had a tumultuous career that spanned only ten years, but Cali Gari's influence on the national scene ran deep, due to both a huge audio legacy and the group's active involvement with the Japanese musical community.nnThe idea for the band was hatched by Ao, the guitarist and general mastermind of Cali Gari (their formal name being Cali+Gari), together with drummer Katsumi, back in 1989, but they didn't establish themselves until 1993, when they made their live debut with vocalist Kureiju and bassist Keiji to complete the lineup. In November, Kureiju left, replaced by Shin, who sang on Cali Gari's debut release, the demo tape Dai 1 Jikkenshitsu (1994).nnLineup troubles were just beginning. Keiji left right before the band's debut tour, joining Valen Schtein under the name of Mitsuo, and Shin's departure in late 1995 put Cali Gari on hiatus. Ao and Katsumi were back to square one and formed another group, Kashimiya, with Heresey, later of Jubilee, and Ayan. It proved to be short-lived: soon, Mitsuo returned, and this led to reinstallation of Cali Gari with Shuuji on the vocals. The reunion could've happened sooner, but after Shuuji heard Ao's song "If," it took him half-a-year to work up the desire to re-join. Ironically, Mitsuo left again, but the vacant slot was filled by Kenjirou of Eternal Flame, and that version of the group proved stable enough (in relative terms).nnCali Gari's first LP, Dai 2 Jikkenshitsu, came out in 1996, and in 1997 they made their first tour outside of their home region of Kanto, and also established the Tokyo Chikashitsu event (later continued by Ao as Yaneura Dai Circus) that featured early performances by bands such as Mucc and Velvet Eden, as well as radical J-rock collectives La Vie en Rose and Guruguru Eigakan. They also kept themselves busy in the studio, releasing three albums in two years: Dai 3 Jikkenshitsu, Dai 4 Jikkenshitsu (both 1998), and Dai 5 Jikkenshitsu (1999) u0026#8212; the latter included one of their more famous songs, "37564," whose name is pronounced the same way as the Japanese word for "massacre." Ao is said to have written this song in three minutes to vent his frustration while in a traffic jam.nnOn Halloween 1999, Katsumi announced his departure (he was replaced by Makoto of Techno Urban). Shuuji followed him in 2000; he was replaced by Shuuji Ishii of Float, who had to introduce himself at concerts as "the other Shuuji." With the renewed lineup, Cali Gari released the album Blue Film (a euphemism for porn movies), the second pressing of which included a pink condom and instructions for its use. It was followed by Dai 6 Jikkenshitsu (2001). By 2002, Cali Gari's popularity was such that they were picked up by a major label u0026#8212; the band's own record company Gai Records became a sublabel of Victor; the event was marked by the release of Dai 7 Jikkenshitsu. However, in 2003, less than a year after their major debut, Cali Gari announced another hiatus that amounted to a split. Their label released two more CDs of their music u0026#8212; 8 (2002) and the rarities compilation Goodbye (2003), and all the members went on to work in other bands. Ao and Shuuji started their own projects (Lab. and Goatbead, respectively), and Kenjirou joined metalheads Sex Machineguns under the name Samurai W. Kenjilaw. 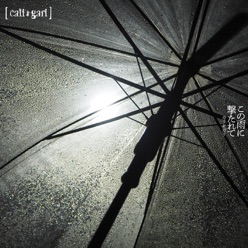 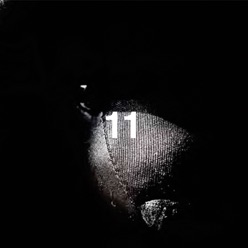