CIUDAD NATAL
Austin, TX
NACIMIENTO
31 de octubre de 1948
Acerca de Calvin Russell
Calvin Russell was the real deal, an authentic Texas-born cowboy whose face was a trail of hard-earned lines, proof of the rough mileage he'd put on his body in the years following his birth in 1948 in Austin. For someone who likes Texas and Russell's brand of country music, the act of researching his life and misadventures can often be challenging given that much of the information printed about the singing American cowboy -- including Russell's stint in jail -- is in French. Sometimes it's in another European language. Significant writeups in the language of his birthplace occur far less often, and that's because Russell found his greatest success, professionally and personally, far from home. He was a business owner and the proprietor of a Swiss nightclub, and his wife was Swiss. A good percentage of his albums were recorded in Europe.nn The singer/songwriter was one of nine children born to his working-class parents, Red and Daisy. The family lived on an unpaved road, not far from the town's wrecking yard. His mom was a waitress in the same little café where his dad did the cooking. Calvin Russell, their fourth child, spent his youth putting together hot rod cars. Before he turned 13, he'd discovered the guitar. Within a year, Russell was playing with an outfit called the Cavemen. A wild time during his teens brought him to the attention of local authorities, who sent him to juvenile detention and, later, prison. At one point in the mid-'80s, he did time in a Mexican jail, where he spent his nights on a cold concrete floor. Upon his release, he headed back to his hometown, where his condition didn't improve much. He made his bed outdoors, in the small area beneath a house, in the dirt. Russell took to the open road on a motorcycle and began to write his songs in the Texas hill country.nn By 1985, he had a single to his credit. Thanks to a chance meeting with record company executive Patrick Mathe four years later at Austin's Continental Club, Russell landed a contract with the French company that would release many of his albums, New Rose Records. Russell later went on to sign with Sony after New Rose Records folded. New Rose's release of Russell's A Crack in Time album in 1990 caused a stir for the artist, and he started picking up quite a bit of attention. He went on to play festivals in Europe alongside such artists as the Kinks and Little Village. More albums followed from New Rose. Le Voyageur (1993) is a recording of live shows performed by Russell in such French cities as Rennes and Paris. When the record company was sinking and its assets frozen in bankruptcy proceedings, Russell was very close to having his career tied up in the company's legal woes. Dick Rivers, who had a career decades earlier in pop, rescued Russell when he purchased the singer/songwriter's contract. Soon, Sony found Russell and stepped into the picture.nn However, the remainder of the '90s and the first decade of the new millennium found a prolific Russell releasing a number of albums on both European and American independent labels far from the majors; his recordings included Dream of the Dog (1995), Calvin Russell (1997), This Is My Life (1998), Sam (1999), Crossroad (2000), Rebel Radio (2002), A Man in Full (2004), In Spite of It All (2005), Unrepentant (2007), Dawg Eat Dawg (2009), and Contrabendo (2011). Between recording dates, Russell could still be heard singing in the hideaway bars of Austin, preferring low-key gigs where he sang his own songs and lesser-known works from the traditional repertoire. Calvin Russell was 62 years old when he died of liver cancer on April 3, 2011 in Garfield, Texas. ~ Linda Seida 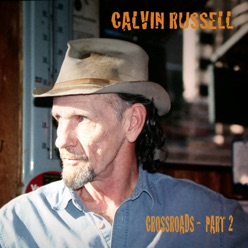 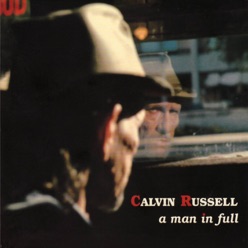 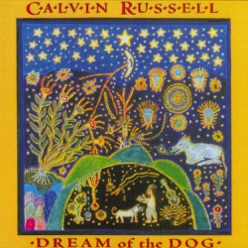