Acerca de Camera Obscura
Not to be confused with the Scottish twee pop outfit with the same name, this Camera Obscura hailed from San Diego and augmented their hardcore influences and propulsive rhythms with synthesizers and other electronics. The band formed in the late '90s and featured keyboardist Michelle Maskovich, guitarist Duane Pitre, drummer William Lamb, and vocalist Russell White. They released their debut 7", Writing Kodak/We Talked MIDI, in 1998 and followed it up with touring, recording, and their full-length debut, To Change the Shape of an Envelope, in 2000. The group disbanded, and White and Maskovich went on to form Champagne Kiss, who released their self-titled debut album on Troubleman Records later that year. ~ Heather Phares 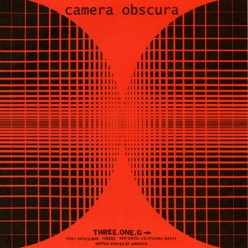