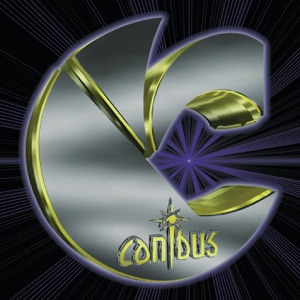 CIUDAD NATAL
Kingston, Jamaica
NACIMIENTO
9 de diciembre de 1974
Acerca de Canibus
In the late '90s, Jamaican-American battle rapper Canibus seemed poised to make a mark in the game with his aggressive, snarling rhymes and hardcore posturing. Following some underground work and cameo appearances -- most notably on Wyclef Jean's "Gone Till November" remix in 1997 -- he issued his debut, Can-I-Bus, in 1998. The set peaked at number two on the Billboard 200 and was certified gold but, following his sophomore effort, 2000 B.C. (Before Can-I-Bus), high-profile feuds with LL Cool J and Jean distracted attention from his music, while label issues left him without a home into the 21st century. Although 2003's Rip the Jacker and 2010's C of Tranquility briefly returned Canibus to the rap chart, his dozen albums and mixtapes were delivered to a devoted cult following into 2018, with the release of Full Spectrum Dominance.nnBorn Germaine Williams in 1974 in Kingston, Jamaica, Canibus moved to the United States with his mother at a young age. Because his mother's career required constant relocation, the family moved frequently and the soon-to-be rapper found solace within himself. His rhetorical abilities blossomed later, once hip-hop became the guiding force in his life. He began rhyming and in the mid-'90s joined a group called T.H.E.M. (The Heralds of Extreme Metaphors), which also consisted of his partner Webb. Following a fallout with Webb, Canibus pursued a solo career and began infiltrating the mixtape circuit. By 1997, he had approached the brink of the major-label rap game, guesting regularly on high-profile releases: he contributed to "Uni-4-orm," an inclusion on the Rhyme u0026 Reason soundtrack also featuring Heltah Skeltah and Ras Kass; "Love, Peace u0026 Nappiness," an inclusion on the Lost Boyz's Love, Peace u0026 Nappiness also featuring Redman and A+; "Making a Name for Ourselves," an inclusion on Common's One Day It'll All Make Sense; the non-album remix of Wyclef Jean's "Gone Til November," and most famously, "4, 3, 2, 1," an inclusion on LL Cool J's Phenomenon also featuring Redman, DMX, and Method Man.nnOf the several guest appearances, "4, 3, 2, 1" certainly meant the most, as it brought together many of New York's preeminent hardcore rappers and thus ushered Canibus into that same elite class. At the same time, however, Canibus lashed out shortly afterward with the Mike Tyson-featuring "Second Round K.O.," where he rhymed, "So I'ma let the world know the truth, you don't want me to shine/You studied my rhyme, then you laid your vocals after mine." In fact, the entirety of the song directed barbed rhymes at LL: "You walk around showin' off your body cause it sells/Plus to avoid the fact that you ain't got skills/Mad at me 'cause I kick that shit real niggaz feel/While 99 percent of your fans wear high heels," and so on. Shortly thereafter, LL sought his revenge, releasing "The Ripper Strikes Back" on the 1998 soundtrack Survival of the Illest soundtrack and thus channeling even more attention toward Canibus. From the track's chorus to practically every line of the verses, LL unleashed a fury of insults and threats. The media elevated the battle to grand heights, and even MTV gave the story headlines. In the aftermath of 2Pac's and Biggie's deaths, such confrontations fascinated the rap community, and Canibus certainly capitalized on his newfound publicity.nnAs for his 1998 debut full-length, Can-I-Bus, though, the response was mixed. Critics expressed little support, while it sold over half a million copies. Negative reviews targeted Canibus' delivery (more than his lyrics or themes), as well as Wyclef's productions. The momentum that "Second Round K.O." had generated simmered almost immediately, and it didn't help that LL's "Ripper Strikes Back" found substantial acceptance at the time. In the two years following the release of Can-I-Bus, the rapper maintained a low profile in contrast to the regular guest appearances he had made leading up to his debut. As a result, when he finally did return with his 2000 follow-up album, 2000 B.C., he didn't have the same level of mainstream clout, and the album was not promoted heavily; Canibus subsequently returned to the underground after parting ways with Universal.nnHe continued to record albums and release them on the independent circuit. These discs included 2002's Mic Club (the first release on his own Mic Club Music label), 2003's Rip the Jacker, and 2005's Mind Control. During this period, Canibus also served in the U.S. Army. He was just as productive following his discharge and released several additional sets in the following years. On 2010's Melatonin Magik, his confrontational nature led to swipes at D12 and Eminem, but he was no lone wolf. The 2011 release Lyrical Warfare saw him working beside the likes of Killah Priest, Ras Kass, and Chino XL. Fait Accompli, produced strictly by J.P. Beats, was released in 2014 with a guest verse from Tragedy Khadafi. The following year brought Time Flys, Life Dies...Phoenix Rise, an album-length collaboration with producer/rapper Bronze Nazareth. The gravel-throated rapper returned in 2018 with Full Spectrum Dominance, a short album that featured Nappi Music, Thanos Beats, and more. ~ Jason Birchmeier 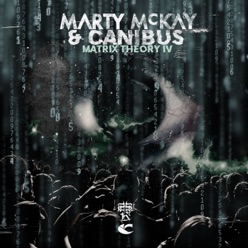 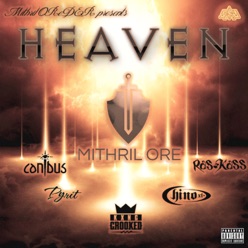 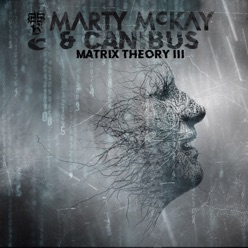