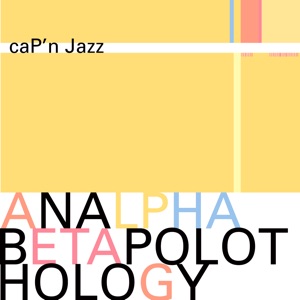 ORIGEN
Chicago, IL
FORMACIÓN
1989
Acerca de Cap'n Jazz
Short-lived but highly influential, Cap'n Jazz helped transform emo from a deeply underground punk subgenre into a more widely accepted subset of indie rock. Not terribly popular or well-known outside of the Midwest, Cap'n Jazz's main contribution was stylistic -- along with Pinkerton-era Weezer, they helped shift emo's always-elusive musical focus from post-hardcore prog-punk to an arty but more accessible punk-pop. Their discography was as scant as it was rare, but that very obscurity helped build their underground legend through word of mouth, until a double-CD retrospective was finally issued several years after their breakup. By that time, most of the members had moved on to other, better-known emo bands, most notably Joan of Arc and the highly successful Promise Ring, which helped spread Cap'n Jazz's influence far beyond their original audience.nnThe first incarnation of Cap'n Jazz was formed in Chicago circa 1989, when brothers Tim (guitar, vocals) and Mike Kinsella (drums) teamed up with bassist Sam Zurick and guitarist Victor Villareal; all were still in school at the time. The band went through several name changes and added guitarist Davey von Bohlen, but took a few years to get serious about pursuing music. Eventually, they earned a cult following around Chicago and the Midwest, honing a sound that was at once complicated and sloppily enthusiastic. Frontman Tim Kinsella's cryptic wordplay and naïve, amateurish vocals became the group's focal points; although some found those traits polarizing, they gave Cap'n Jazz a distinct personality.nnDuring the early '90s, the band recorded several singles for tiny independent labels, and also contributed tracks to several indie and emo compilations. In 1995, they issued their first and only album, Shmap'n Shmazz, on the tiny, poorly distributed Man With Gun label; the album also had an incredibly lengthy alternate title, which most fans ignored. It quickly became a collector's item. Not long after its release, Cap'n Jazz disbanded to pursue other projects. In 1998, three years after the band's breakup, the Jade Tree label assembled a generous double-disc Cap'n Jazz retrospective titled Analphabetapolothology. It contained the band's complete recorded works -- the entirety of Shmap'n Shmazz, material from their early singles and split releases, compilation tracks, unreleased demos and outtakes, and several songs from their farewell concert in Chicago.nnDavey von Bohlen maintained the highest profile of any ex-Cap'n Jazzer, moving to Milwaukee and founding the Promise Ring, which became one of the most popular emo bands of the '90s; he also fronted the acoustic-oriented side project Vermont. Tim Kinsella founded Joan of Arc, which fused emo and avant-garde post-rock in adventurous and sometimes difficult ways, and also included Mike Kinsella and Sam Zurick at various times. In between drumming gigs behind his brother, Mike Kinsella went on to front his own emo projects, American Football and, later, the mostly solo Owen. Victor Villareal was the quietest, resurfacing in the mostly instrumental Ghosts and Vodka, which also featured Zurick. Following Joan of Arc's breakup in 2001, Tim Kinsella reunited with all the former members of Cap'n Jazz -- except for von Bohlen, who was still committed elsewhere -- under a new name, Owls; the quartet released an album that year. Kinsella subsequently began a new outfit, Friend/Enemy, which later included Zurick. Another reunion occurred in 2010, complete with concert dates and a reissue of Analphabetapolothology. ~ Steve Huey 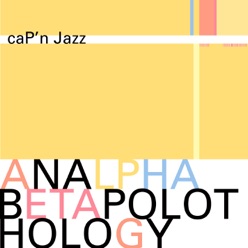